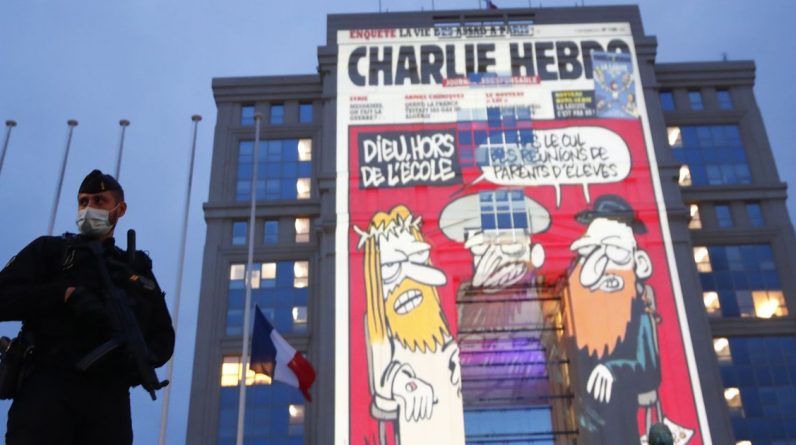 Two people were injured in the attack with a butcher knife.

Suspects with roots in Pakistan were arrested on Monday, and on Wednesday one of them was already charged with conspiracy to commit terrorism, an anonymous source said.

A source in the “Le Parisian” newspaper confirmed that they suspected that they knew about the attacker’s plan and that they were trying to persuade him to carry it out.

Zahir Hasan Mohammad, 25, who was born in Pakistan, was detained and remanded after the attack.

A French court on Wednesday convicted 13 defendants in a case of providing support to terrorists who carried out the 2015 attacks on the editorial office of the “Charlie Hebdo” magazine and a kosher goods store.

The attack on Charlie Hebdo’s editorial office came after the newspaper published cartoons of the Islamic prophet Muhammad, which is considered a disgrace in much of the Islamic world.

To mark the start of the trial, Charlie Hebdo re-released their cartoons of the Prophet Muhammad in early September. Three weeks later, Mehmood injured two people in a former newspaper.

On October 16, a new Chechen immigrant born in Moscow murdered his grandmother, Samuel, a teacher in a Paris suburb, who showed students cartoons of the Muslim prophet Muhammad in a free speech class.

On October 29, a young Tunisian man who had recently arrived in Europe killed three people at a church in Nice, southern France.

The government of French President Emanuel Macron has introduced a bill to combat radical Islam in France. This has caused outrage in many Muslim countries.