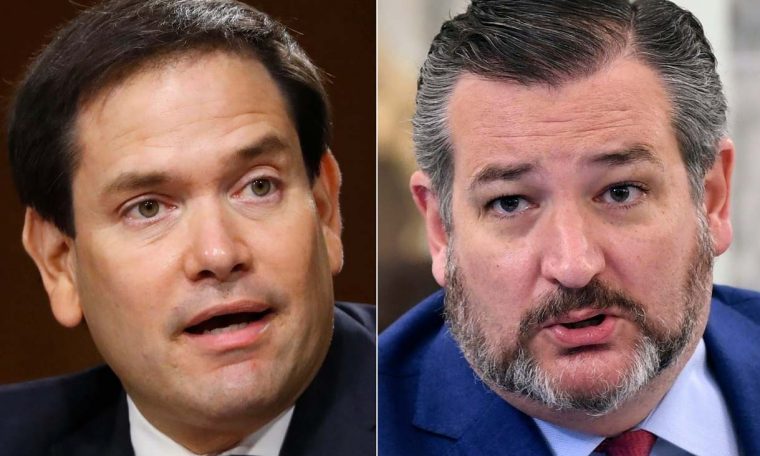 It follows the Trump administration’s move on Friday to impose sanctions on 11 top Hong Kong and Chinese officials whom it accused of curtailing political freedoms in the city.

Mr Cruz and Mr Rubio spearheaded recent legislation designed to prevent goods produced by forced labour being imported by US companies, and mandating that the US government sanctions anyone who “knowingly engages” in forced labour in Xinjiang.

Kenneth Roth, the executive director of New York-based Human Rights Watch, Michael Abramowitz, the head of US think tank Freedom House, and Carl Gershman, the president of National Endowment for Democracy are also on the list.

China’s foreign ministry has not yet specified what form the sanctions will take. Spokesperson Zhao Lijian said the measures came “in response to the US’s wrong behaviours”.

Beijing first stated that sanctions would be imposed on Mr Cruz and Mr Rubio and two other political officials last month, after Washington penalised senior Chinese officials over the treatment of Uighur Muslims in the Xinjiang region.

China’s ministry of foreign affairs spokeswoman Hua Chunying revealed the retaliatory move on 13 July, without giving any details what the planned sanctions would entail.

The announcement of an expanded list of names comes as Hong Kong media tycoon and pro-democracy activist Jimmy Lai was arrested on suspicion of foreign collusion – the most high-profile figure yet detained under a controversial new national security law.

Mr Lai is the founder of the pro-democracy tabloid Apple Daily, and has repeatedly criticised authoritarian moves to curb the territory’s autonomy.