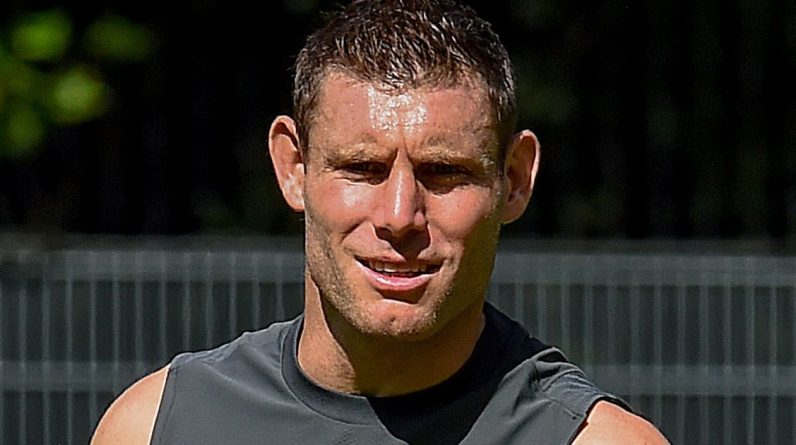 The most important thing about the Community Shield is simply playing in it.

Over 40 years on from Bob Paisley’s quip, it is not hard to understand the great man’s logic.

Participation in the season’s traditional curtain-raiser simply means success has been enjoyed the campaign previous as victors in either the FA Cup or the league.

Twelve months ago, however, the Reds were there as a plus-one only.

Manchester City’s domestic dominance saw them hoover up all three trophies en route to a historic treble under Pep Guardiola.

Jurgen Klopp and his team were at Wembley as European champions, of course, but only involved thanks to their runner-up finish in the Premier League.

This time around, it is markedly different.

Liverpool will take to the field against Arsenal on Saturday evening as the undisputed dominant force of English football.

A season-for-the-ages saw them romp home to a first title in 30 years last time out, as they eventually concluded their campaign with an 18-point gap at the top.

City had seen their title forcibly ripped from their hands by Klopp’s relentless Reds.

Now, for the first time since 1990, Liverpool will partake in the Community Shield as the champions of England.

And while there will be no score to settle against the Gunners for their 2-1 defeat at the Emirates last month, a good show from Liverpool could set the tone for what follows this coming campaign.

All eyes will be on the Reds and any slight stumble will be perceived in some quarters as weakness ahead of the new season.

Make no mistake, Liverpool will be the team everyone is out for and Arsenal themselves, buoyed by a stirring finish to last season under Mikel Arteta, will fancy a pop of their own at Wembley.

With Arsenal’s rejuvenation seemingly gathering momentum, they will view themselves as one of the many pretenders to Liverpool’s throne right now.

“We have a target on our backs and they’re going to want to knock us off the top,” James Milner admitted recently.

And with Arsenal having the wind in their sails thanks to the arrival of Willian and an imminent new contract for star striker Pierre-Emerick Aubameyang, they will fancy their chances of striking an early blow on Saturday evening.

However, the chance of an additional piece of silver awaits Klopp’s Reds in the capital.

The Premier League fixtures are released on Thursday morning and you can receive them direct to your inbox.

We’ll have full fixture lists as they are released, including the big dates to look out for and all the analysis and reaction.

It will never be considered the most prestigious of accolades, but lifting trophies is a habit Liverpool have got used to enjoying over the past year or so.

Winning another for the collection ahead of the new season will do no harm at all as the champions gear up for the defence of their crown next month.

After winning the Champions League, Super Cup, Club World Cup and Premier League since June 2019, Jordan Henderson has become quite adept at the now-famous ‘Hendo Shuffle’.

Another performance of that same jig will do the Liverpool captain a world of good as he continues to get fit in time for the new season. Even if he is not involved against Arteta’s men.

Klopp’s record against Arsenal is an impressive one at Anfield. Since taking charge in October 2015, the manager has met the north Londoners 10 times, winning six and drawing three. That sole defeat coming in July after the Reds had already wrapped up the title.

Liverpool have plundered 32 goals past Saturday’s opponents in the process and the Reds will head into the game determined to show they haven’t lost a step since a 3-1 win at Newcastle a month ago ended their history-making campaign on 99 points.

With Liverpool so far largely inactive in the transfer market, save for the arrival of £11.75million Kostas Tsimikas, the Reds’ rivals may just be hopeful their own recruitment can significantly close what by the end of the season was a chasm at the top of the Premier League table.

It is probably why Liverpool perhaps need to turn in a performance to show why they are champions when the whistle sounds at Wembley today.

“It’s not a test game, it’s not a friendly, it’s a proper game – against Arsenal anyway,” Klopp says. “So, just give it a proper try, give everything you have and try to win it.”

The most important thing about the Community Shield is playing in it. But Liverpool are in it to win it.