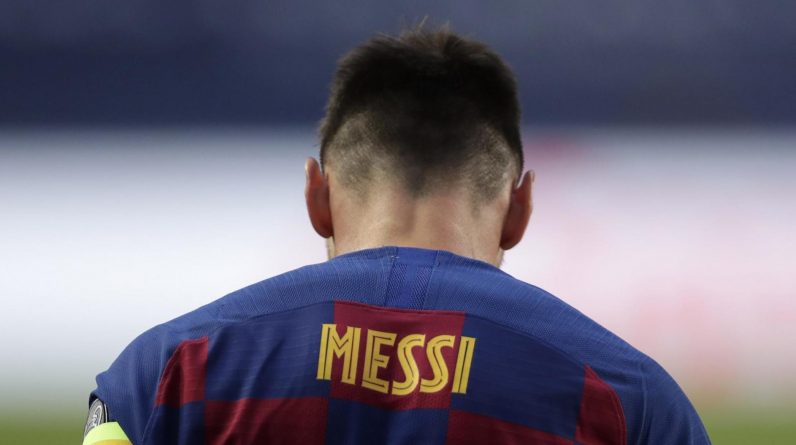 Follow the latest updates live from the summer transfer window as Premier League clubs look to strengthen ahead of the new campaign, which begins in just over three weeks’ time. Lionel Messi’s future is no closer to being resolved despite the appointment of Ronald Koeman as Barcelona head coach, with the 33-year-old having become unhappy at the Nou Camp and Manchester City interested in swooping for him.

Jose Mourinho is reportedly keen on bringing Gareth Bale back to Tottenham, with the winger having been in a feud with Real Madrid coach Zinedine Zidane for some time now. Chelsea are also primed for a big-name signing, expecting to agree a deal to sign Bayer Leverkusen’s Kai Havertz before the end of the week.

Manchester United continue their chase of Jadon Sancho, with personal terms proving the issue at the moment in securing the services of the Borussia Dortmund man. Follow live updates below.


Several reputable and less reputable outlets are reporting an interesting swap deal in the works: Manchester United still want Aston Villa captain Jack Grealish, despite a breakdown in negotiations last month, and are prepared to hand over goalkeeper Dean Henderson to smooth the deal.

Henderson starred last season on loan at Sheffield United and is worth a hefty sum in his own right, but United are not in need of another goalkeeper with David de Gea at No1 and a reliable back-up in Sergio Romero. Watch this space.

What’s the latest on Thiago Alcantara’s future, I hear you ask. Is he heading to Anfield?

Melissa Reddy has all the latest on why Liverpool like him, and why they are yet to push formally for his fine-turned midfield services.

Is Harry Wilson set to leave Liverpool? The Independent has previously reported that the club are willing to accept offers for the midfielder, who spent last season on loan at Bournemouth, and there is interest from Aston Villa and Leeds United as he looks to seal a permanent move to a club offering more playing time.

DONE DEAL! it’s the big one we’ve all been waiting for. Borussia Monchengladbach have signed 24-year-old winger Valentino Lazaro on a season-long loan from Inter Milan.

A round-up of the big transfer stories this morning:

Not transfer news, but may I point you in the direction of this – the Premier League fixtures have landed!

Zlatan Ibrahimovic is on the verge of agreeing a new contract with AC Milan, keeping at the club for another year. The striker scored 42 goals last season for LA Galaxy and AC Milan combined – it’s fair to say he’s not done yet.

Manchester United have turned their attention to Juventus pair Douglas Costa and Alex Sandro as doubts grow around the viability of a deal for Jadon Sancho.

That’s according to the Daily Star, which reports that Juve’s financial worries could force new manager Andrea Pirlo to sell several assets, with the Brazilian duo thought to be targets for United. Costa would provide an attacking option in place of Sancho, while Sandro would provide competition for Luke Shaw at left-back.

The Times reports Chelsea are confident of completing a deal for Kai Havertz, despite being £20m short of Leverkusen’s £90m asking price in their offer so far. The club have agreed personal terms with the player, but need to agree not only a fee with the German club but also a payment structure for the deal, which will likely be spread over his five-year contract.

I think this is just quietly one of the key transfers of the window: Ben White. The defender had a brilliant season last year for Leeds at centre-back, on loan from Brighton, and Marcelo Bielsa has demanded the defender stay at the club.

Leeds have submitted a third and final offer of £25m, according to The Athletic, but Brighton are digging in their heels, knowing that if they are to sell Lewis Dunk to Chelsea then they need White to step in and fill the void. White has meanwhile rejected three contract offers from Brighton, suggesting he is keen to return to Yorkshire. Whoever starts the season with the 22-year-old in their defence will have won an important battle for a highly rated player.

Lionel Messi “has never been closer to leaving than he is at the moment”, according to Guillem Balague in his BBC column this morning.

Balague reports that Messi is on holiday and virtually uncontactable after Barca’s miserable Champions League exit, losing 8-2 at the hands of Bayern Munich, and that even his own mother can’t get hold of him. He is yet to talk to the club’s hierarchy about the arrival of new manager Ronald Koeman or his plans, and will need convincing to stay at the Nou Camp next season.

Arsenal will sign Lille defender Gabriel Magalhaes today after beating interest from Napoli and Manchester United, according to The Mirror.

The 22-year-old defender, who will sign a five-year contract at the Emirates, will cost around £21m.

The Daily Telegraph reports a new defender on Chelsea’s hit list. PSG captain Thiago Silva is said to be on their wishlist, which also includes Brighton’s Lewis Dunk.

Let’s start with the transfer saga of the summer: Jadon Sancho. Manchester United and Borussia Dortmund remain significantly apart on price, but that’s not all: contrary to previous reports, The Athletic says there is still plenty of difference between player and club over salary and other personal terms. Ole Gunnar Solskjaer is said to be very frustrated.

Welcome to The Independent‘s live coverage of all of today’s transfer window action!

United are also understood to be keeping an eye on Juventus winger Douglas Costa, while West Ham could see Lazio come in for their former player Felipe Anderson, who faces an uncertain future at the London Stadium as David Moyes contemplates a squad revamp.