Home World Coronavirus in Yemen: experts fear the nation could suffer one of the worst outbreaks in the world 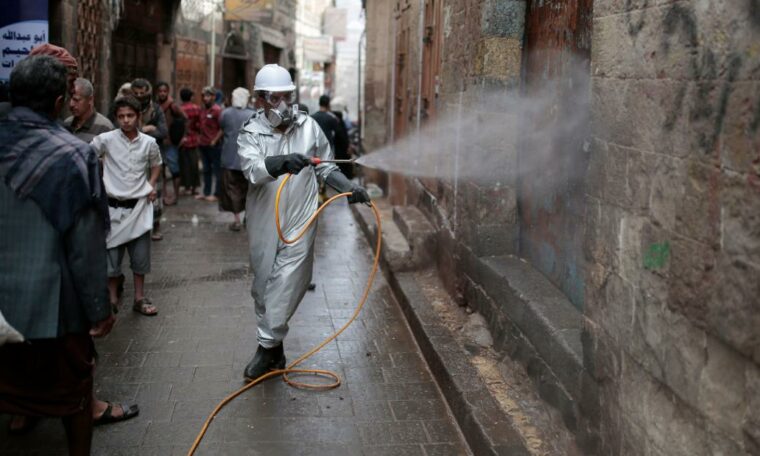 The cuts came after the UN calls for $ 2.42 billion in funding fell 50% short this week.

“In the countdown to closure there will have to be much broader cuts in Yemen at a time when the country is now facing the growing impact of the virus pandemic on people who are already malnourished and ill-equipped to deal with it,” said Lise Grande. . The head of the UN Office for the Coordination of Humanitarian Affairs told CNN in a phone call from Sanaa on Wednesday, the divided nation’s capital.

On Tuesday this week, donors pledged $ 1.35 billion of the $ 2.42 billion the UN said Yemen needed in a virtual conference. “The worst case scenario, which we are facing now, means that the death toll from the virus could exceed the combined cost of war, disease and famine in the past five years. [in Yemen]Grande told CNN.

According to the Armed Conflict Location and Events Data Project, just over 112,000 people have been killed in Yemen’s civil war over five years, with 12,690 civilians dead.

Estimates for the number of people who have died from disease and malnutrition in the country have varied widely. But the UN and other aid organizations are delivering humanitarian assistance to 10 million Yemenis. The UN believes that a cholera epidemic has already infected 110,000 people this year.

See also  How Australia could harness its tides for strength

Four out of five Yemenis need “life-saving help,” UN Secretary-General Antonio Guterres said Tuesday at the conference, adding that Yemen faced one of the highest death tolls in the world for Covid- 19. The country has negligible ability to detect coronavirus, but healthcare agencies also believe that the scale of infections could be enormous.

This week, women’s health services giving birth in 150 UN-supported hospitals closed in the first wave of cuts after the funding conference.

Yemen’s five-year civil war has pitted the Houthi rebels against the internationally recognized government, which has been backed by the United Arab Emirates and Saudi Arabia.

Earlier this year, the Emiratis pulled their military out of the conflict, but continue to support the government, which is in exile in Saudi Arabia. Riyadh, meanwhile, has continued to support and finance tribal militias, and its air force has had a punishing effect on the ground.

Much of the deficit in the new financing is attributed to the apparent failure of Saudi Arabia, the United Arab Emirates and Kuwait to present a combined pledge, which in previous years was around $ 1.5 billion. This year, the United Arab Emirates and Kuwait did not offer funds for the UN effort, and Saudi Arabia offered $ 500 million, of which $ 300 million would go specifically to the UN.

Saudi Arabia has wanted to break out of the quicksand since late last year. The war has undermined support for Saudi Arabia in Washington, where renewed arms supplies to the United Kingdom have only been possible as a result of the Trump administration’s use of emergency powers to circumvent a blockade on exports of arms to Saudi Arabia imposed by Congress.

See also  Half heavy rain for the next 36 hours

Some diplomats believe that cutting funds to the UN by the Gulf countries may be, in part, an attempt to compel the Houthis to hold peace talks.

Aid to Houthi-controlled areas has been frequently diverted and manipulated by the rebel administration in Sanaa. The UN World Food Program has frequently complained about the Houthis’ food diversion, and the United States cut funding for the program to force improvement.

The United States’ support, $ 225 million, to WFP was only returned recently after the Houthis agreed to stop the harassment of humanitarian workers and a wide range of “taxes” on aid entering the area under their control.

Saudi Arabia and the United Arab Emirates say they want to continue helping Yemen with aid, but insist that it must not deviate from the Houthi war effort. In the Emirates it is understood that the government is trying to find ways to continue financing aid operations.

“The UAE has spared no effort to provide medical assistance to Covid-19 affected countries through cooperation with international organizations, where UAE assistance amounted to $ 135 million from the beginning of March to the end of May,” Reem al Hashimy, the Emirati minister for international cooperation, said in a statement to CNN.

“Furthermore, the UAE Red Crescent continues to work in Yemen to assist our Yemeni brothers, and we deeply regret the loss of two of their employees killed by terrorists in March. However, this will not prevent us from fulfilling our mission and duty humanitarian, “he added to Hashimy.

But it is not clear to UN officials how this “duty” can be fulfilled while, as one senior UN official put it, “our operations are nearly collapsing.”