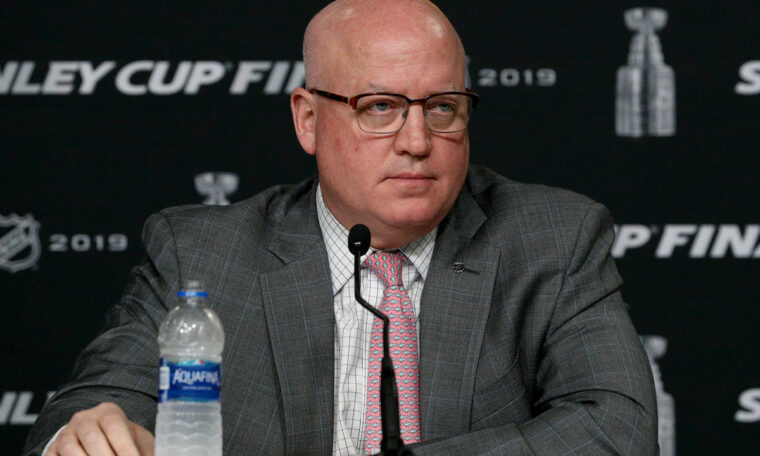 We are not suggesting that an MLB-type public dispute occur during NHL negotiations with the NHLPA as the parties seek to create a safe, sensible, and equitable way to put the 24-hockey tournament on ice this summer, But no one should expect the players to simply turn around and accept the wishes of Sixth Avenue as dictated.

This will apply to important things, such as: A) How to design protocols that protect the health and safety of players as much as possible throughout training camp and afterwards during the tournament; B) How to develop regulations that allow players to have some kind of reasonable independence while living in a central city for up to 10 weeks for those who reach the final; and, C) How to manage what will be a 2019-20 custody charge of an additional 14 percent if the tournament is played until its completion.

But it will also apply to some of the fine print, and I can say at the top that disagreement between the two sides does not automatically equate to the NHLPA being obstructionist, greedy, or selfish in the midst of a pandemic. This has destroyed the ecosystem of the continent.

Therefore, we can tell you that the union strictly opposes the NHL’s stance that teams should not be allowed to sign players from their respective reserve lists to 2019-20 contracts in order for them to participate in the tournament. It is the union’s position, and quite reasonable, that the matter should return to the status quo if the parties do not agree to change the current CBA regulation.

Deputy Commissioner Bill Daly misrepresented the matter in a conference call with journalists on Tuesday, citing the trade deadline that came and went February 24 and calling possible additions “stamps, for lack of a better term.”

Except the trade deadline comes and goes every season before teams add players whose college or European league seasons have ended. Except that no one was calling Cale Makar, “a buzzer” when he joined Avalanche for the playoffs last season after leading UMass to the Frozen Four final, and no one hung that designation around Chris Kreider’s neck when he joined to the Blueshirts in 2012 after leading BC to the NCAA title.

If COVID-19 hadn’t interrupted the season and the Rangers had made the playoffs, even if Barron’s top-ranked Red had won the NCAA title in the Frozen Four, slated to wrap up on April 11, the junior would have been available for the start of Blueshirts with the second week of the tournament.

So why change the rule now that the league cannot, in fact, change unilaterally? The AP will have to accept the change, which, if effective, would deny players the opportunity to burn the first year of their respective entry-level contracts. We are told that the Palestinian Authority does not want to accept this change and intends to go deeper. The union feels as firm on this as the league does, never mentioning the year of burn scoring when detailing its stance.

Therefore, this will become a matter of collective bargaining, linked to the modification of the dates of the contracts, linked to the discussion of whether the bonuses pending maturity on July 1 will remain in force on July 1, linked to the smoothing of 2019-20 custody payments over several years instead of next season, as CBA prescribes.

The league and union have to solve a mountain of critical problems to make summer hockey a reality. This contract issue may not get to that level, but it will surely be questioned. And if in fact this becomes a point of conflict, it does not mean that the union is no longer “collaborative” or that the players are “selfish.”

We are told that the AP Return to Play Committee, which has been essential in working with the league on the return of 24 teams, is likely to dissolve once the parties clarify the final details of the tournament.

Bracketing versus reseeding, and determining whether the first two rounds of the 16-team playoffs will be best-of-five or best-of-seven are the highlights of the record. They are expected to be resolved this week.

There has been no talk, at least until now, of introducing new game rules for the tournament. And there has been no suggestion that the league will propose, as a safety measure, to make full face shields mandatory. That is what the AP would be expected to oppose.

The NHL’s desire to name a Canadian local as one of its two central cities has nothing to do with nationalism or television ratings, but has to do with the issue of currency and possible significant cost savings. . Today, $ 100 in the United States equals $ 139 in Canadian money.

So the regular season stats book has closed and with that Jimmy Howard has made the dubious distinction of becoming the sixth goalkeeper in NHL history to play in up to 25 games and win two or fewer.

Finally, I just have to say it’s a good day when Wilf Cude does Slap Shots.