Home Technology What is the main difference between OnePlus Nord CE 5G and OnePlus Nord? To learn 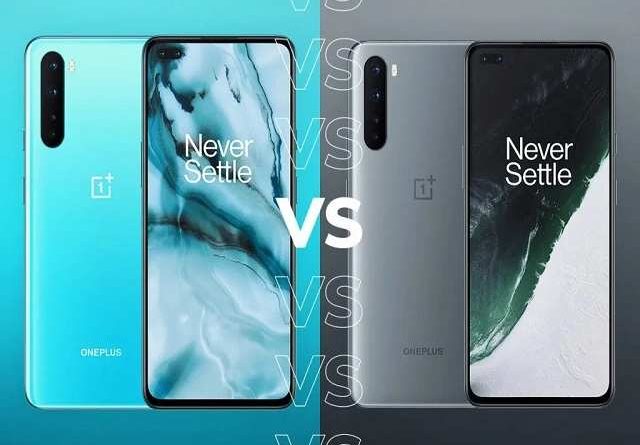 This time the digital desk: OnePlus North launched in the midrange segment in 2020. Since its launch, this smartphone has become hugely popular in India and other countries of the world. Launched on the back of Nord’s biggest hit OnePlus North CE5G. Although the new phone uses the relatively less powerful processor OnePlus. Both the devices have 5G connectivity, Snapdragon 700 Series chipset, AMOLED display and fast charging. How different is the Nord CE5G from the OnePlus Nord? Learn the comparative discussion.

With the introduction of OnePlus Nord with the Android 10 operating system, the Android 11 update has already arrived on that phone. This phone has Snapdragon 765G chipset and Adreno 620GPU.

On the other hand, the OnePlus Nord CE 5G phone will be powered by Android 11 during launch. This phone has a relatively low power Snapdragon 750G chipset. With that comes the Adreno 619 GPU again. This smartphone comes with a maximum of 12GB LPDTR4X RAM and 256GB UFS 2.1 storage.

The OnePlus Nord CE5G has a three-camera system on the back. The main camera has a 64MP sensor with f / 1.79 aperture. At the same time there is electrical image stabilization (EIS). The Nord CE 5G phone has an 8MP ultra-wide angle sensor and a 2MP monochrome sensor with f / 2.4 aperture. This phone has PDAF + CAF Lucida Sans Multi Auto Focus support. This phone can record 4K video at a maximum rate of 30fps. The phone has a 16MP Sony IMX471 sensor with f / 2.45 aperture for taking selfies. This selfie camera also has electronic image stabilization.

North Quad, on the other hand, set up the camera last year. This phone is powered by a 48MP Sony IMX586 primary sensor. The Nord CE 5G phone has electronic image confirmation. However, the Nord phone introduced last year had optical image stabilization. The phone has an 8MP ultra wide angle camera, 2MP macro camera and 5MP depth sensor.

The OnePlus new phone offers a very powerful 4,500 mAh battery, which is 385 mAh higher than a normal Nord battery. The battery of this phone supports 35W fast charging. The company claims that the battery of this phone can be charged from 0 to 70 percent in just 30 minutes. OnePlus made a similar claim during the Norp release.

read more: Specifications leaked before the release of the OnePlus Nord N200!

Connectivity options include 5G, 4G LTE, WiFi 802.11 AC, Bluetooth v5.1, GPS / A-GPS / NavyIC, NFC, USB Type-C. Also, there is a fingerprint sensor under the display of this phone. It also has back super linear speaker and noise cancellation support.

Digital technology at the moment is also on the telegraph now. Subscribe and stay updated.