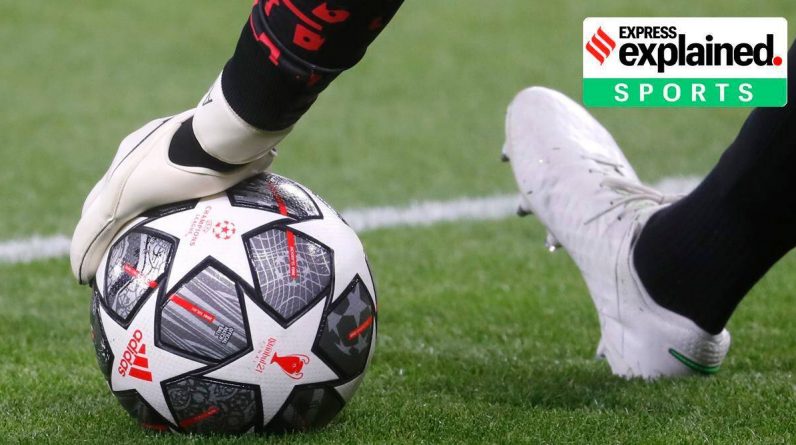 It is true that the ‘European Super League’ should have been closed in Basana, but will the tendency to underestimate quality, ambition and entitlement stop there?

This case shows that the owners of the big clubs in Europe are not sensitive enough to think about content and fair competition.

Even though the much-talked-about and controversial European Super League football series was covered in racism before its release, it would be new to assume that the seeds of uniqueness are completely burned out. Uniqueness or aristocracy is an ancient human consciousness. Although the herd became a community, its existence was universal. Sociology says that fear is more prevalent in the minds of the powerful. What should be the reason for this? Power often leads to invincibility, but in that invincibility, why not reach the goal? Here I remember the words in the mouth of Kasavathari Guruji, the master of the movie ‘Kung Fu Panda’: ‘No matter how much you take, you will fall low!’ In the corporate world, in politics, in sports, the elite are evolving. In fact, it should not be. Because why should the congregation suddenly be disgusted with the competition that is leading them to the highest level of victory? The most successful and wealthiest football clubs in Europe came together to create a closed, vacuum. The name of this group is the European Super League. Through this Super League, an attempt was made to prevent competition. Football, like all other major sports, has a vibrant history and contains countless exciting stories of leading players, national teams and clubs. No matter how well the strong teams play in any sport, the stories of how the weak, crude teams beat the strong ones on paper are inspiring and attract children to the game. Brazil in football and India in cricket are prime examples. The creators of the European Super League did not care about the beauty of this match and the magic of impossibility. They wanted to make a profit. This requires a pattern of permanence and brightness. That’s why the closed competition was organized. The plan was thwarted by football fans and national governments in Europe. The events of the last few days are amazing.

Match football was born in Europe. Today, the center of the game has undoubtedly shifted to Europe. European club football had revenues of billions and thousands of jobs. The football chains of the five countries of England, Spain, Italy, Germany and France are considered valuable and valuable. It is no coincidence that all of these countries are rich in world football. 12 more big clubs in Spain, Italy and the UK – Real Madrid, Barcelona, ​​Atletico Madrid (all three Spain); A.C. Milan, Inter Milan, Juventus (all three Italians); Manchester United, Liverpool, Manchester City, Chelsea, Arsenal and Tottenham (six England) – all came together. They split from the European Champions League, the most valuable competition in the world, and formed the Super League of 20 clubs. 15 permanent teams and 5 temporary teams. Their objection to the European Champions League is that small teams also play there. They are not very serious. In addition, the prize money was very small for large club owners. How many less winners will get only nine crore euros (about 14 billion rupees)! In contrast, the proposed league is expected to generate three and a half billion euros (Rs 31,600 crore) in revenue. Another objection is that income and income do not match very well. The combined revenue of club chains in the top five European countries is 74 percent of the combined revenue of UEFA, an organization affiliated with the European Football Association. But they get very little revenue from UEFA. The top five nations have only three direct places in the European Champions League. Qualifying rounds will be played for the remaining seats. In contrast, some teams from smaller countries, such as Austria or Greece, go straight to the Champions League. That’s why, Super League fans question. So don’t worry about things like qualifying rounds. Spectators and supporters come to see only our curled players. What good is a web site if it simply “blends in” with everything else out there? Sensitivity to content and competitiveness is not present in most owners of large clubs in Europe – especially English, Spanish and Italian – and they do not feel the need to do so. Some of these were Arab or Russian oil emperors. Some in the United States have grown up watching closed leagues. The Ferrari car maker is the Agnelli family, owned by the Italian club Juventus. “Every Ferrari should run on the streets, in principle club football should be for a few,” he said. Agnelli is one of the founders of the Super League. But this lucrative combo was brought to the forefront, especially by English football fans. Demonstrations erupted in front of the club. All six English clubs have been eliminated from the Super League. Some high-ranking officials had to resign. Many of them publicly apologized, saying “we did wrong”.

See also  I learned about the "civilization and history" of its cities .. Moroccan beauty who praised Israel

But this salt of aristocracy is not just for European club football. Competition is disgusting because content seems complicated. The feeling is that if you want to increase your earnings, you have to reduce your share of profits. The fear is that someone from the grassroots will emerge from the competition. None of them have the ability to think that these ten-twelve clubs did not appear due to the comet collision on Earth. A Wayne Rooney comes to Manchester United from a small club like Everton. There is content and fair competition, so Egypt-born Mohamed Salah can shine from Liverpool. Born in a poor country like Europe by European standards, Cristiano Ronaldo could not have grown up in the culture of the Super League. It is true that true football fans in Europe have blocked the first experiment of the Super League, but as a concept this league has not been handcuffed by its creators. They will continue to evaluate this concept. This tendency to make the world a better place only when ‘we and ours’ come together underestimates quality, ambition and the right to opportunity. But how this mess is caused by those who have given themselves a chance and reached heights remains an unsolved mystery. Football in Europe was primarily for the masses, the working class, the livelihood, and the pleasure of taking time out of wars. Despite opposing the current test with the same attitude, it cannot be said that the aristocracy has come to an end. It still seems to be comma.

Democracy is on the telegraph now. Our channel (Loksatta) Join Click here Get the latest and most important news.