Home World “Al-Suderi” talks about the historical figure “Karakosh” and reveals that he issued an “unexpected” verdict, which prompted a farmer to flee with his wife! 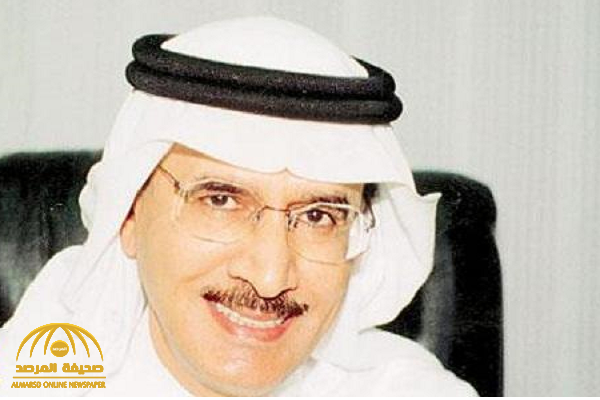 Al-Marshad Newspaper: Writer Mishal al-Suderi said: “Our brothers in Egypt weaved around the myths of historical figures (Karagosh) and he became a proverbial issue by publishing unjust judgments and contradictory statements, some of them clever, some of them stupid, others Tyranny and others with justice. “

قراقوش
He added during an article in al-Sharq al-Awsat newspaper entitled “Al-Bashosh”, but if we want to be more reasonable, that man was at a historic stage responsible for him (Shanna and Rana) – that is, he strengthened his rule. -Tin al-Ayub’s right-hand man, he was not a fictional figure like Ashab or Juha, for example … but the historian (Ibn Mamati), who approached the ruler of Egypt as his rival, wrote a book about him in which he used his mental powers to mock him. Also seeks to discredit, as it is in his well-known book: (Al-Fashush in the Reign of Caracas). .. that the conflict between the two was behind this book, and that the first represented the power of the pen, and the second was a reflection of the power of the sword, and that one of the two was more influential in the contest.

End the rule of the Al-Ad family
He continued: He had a historic role in ending the power of the al-Ad family because he imprisoned them, isolated their women from men, separated the believers from them, and controlled the wealth of Pathimid. The palace, which is huge … He also built the wall around Cairo, the palace of the mountain and the arches of Giza. He was Saladin’s assistant in administrative affairs.

Strange judgments
And Abyssinian: The rules imposed on Karagosh which did not conform to any logic came in the book of Ibn Matadi, for example: … A merchant complained to Karagosh that a merchant had embezzled his money, so he summoned the merchant and asked him the reason for that, so the merchant: Prince, what shall I do to him? ? Whenever I got money from him to pay off his debt, I looked for him but could not find it. Karakosh thought as usual and then ruled that the debtor should be imprisoned until the creditor knew his whereabouts, and when the debtor wanted to repay him, the man gave up and he said: This was done by God.

A farmer escapes with his wife
He added another incident mentioned in it: a farmer came to Caracas to complain about a soldier who was on a ship with his pregnant wife for seven months. She had an abortion because the soldier accidentally stabbed her. Karakosh thought as usual and then pronounced the verdict, the soldier would spend for the farmer’s wife and provide her with house and food for seven months, which is what made the farmer happy before Karakosh pronounced the rest of the verdict: the soldier had to return to his wife because he was seven months pregnant. Here, the farmer fled between himself and his wife, saying: O Kareem, make up for you.
He concludes his article: What is the worst thing that has ever been written in our Arab and Islamic history, (so to speak, no problem).