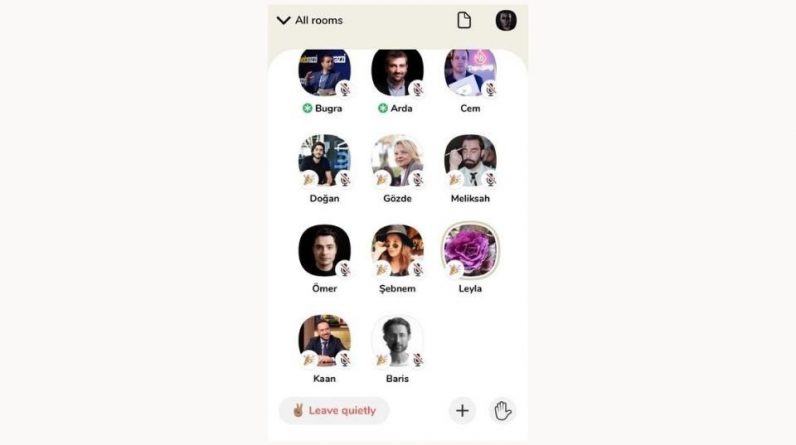 A comprehensive review of the voice-based social networking clubhouse recently We shared. Paul Davison And Rohan Seth ‘Events at Clubhouse, a product of the established Alpha Exploration, have been active on Twitter for some time. In isolated times, users come together at the clubhouse and evaluate different issues together.

Only now iOS users And By call Open use faces stiff demand. Globally, most content makers are exploring this new site and pulling followers after it. This situation is valid in Turkey. Despite some attention due to the form (fear of disappearing), the fact that only a small number of selected viewers have joined the stage brings a strong sense of community.

Force Major is one of the best examples of this, the product of an era of infection and isolation. For those who do not know Force Majure yet White show on Instagram As we can define. Instagram live broadcasts Melica Altundas and Bart Gokhaleyan became the favorite project of the isolated period. As the live broadcast of Instagram, sponsored by Lipton Ice Tea, reached 65,000 viewers, the two took the broadcast to Clubhouse in the form of an “after party” as part of the sponsorship. The latter party at the clubhouse treated 4,500 people, albeit in the form of a closed group.

At this point, we will add that no one from the outside can join the clubhouse’s closed group option. Obviously; Clubhouse, at the beginning of its social networking journey, is already starting to challenge Instagram with its reach and growth rate. Reaching 4,500 live users at 2pm on a social network with completely restricted participation is enjoyable.

Who will win the match between Instagram and Clubhouse?

Because there were only 1500 members in the clubhouse until 7 months ago. This number was recent 2 million active users You can start to fall in love with the social network Instagram by opening the Android version. Especially when compared to live streams and other features on Instagram; Clubhouse has the ability to host more than two guests, mute the sound and receive voice questions. In addition, the fact that there is no need to open the broadcast camera is one of the factors that increases the number of contacts and content.

On the other hand, the “ideas and hearts” we see on Instagram feeds do not appear on the screen in the clubhouse. This reduces the range of the clubhouse in terms of communication. However, Clubhouse users may have found a solution to this as well. Applause by turning the microphone on and off, users add desired communication elements to the conversation.

Nonetheless, “copying” that has become the corporate culture of Instagram, one of the stars of the Facebook app family, can set a stone for this competition. If you remember, Instagram went viral with two social apps, Snapshot and Dictoc, copied without a blink of an eye. It takes place on Instagram Stories And Reels Features keep the user site focused on the application.

Lessons from the Clubhouse

Let it go viral, Clubhouse reminds almost everyone of Facebook of the past. It shows us again the key elements of a successful social network. The effect of the invitation and waiting list in conjunction with the advice of the opinion leaders; Can generate incredible FOMO-based interest on the user page.

The inclusion of Ashton Kutcher among the company’s investors is one of the most important factors that triggered this effect and built the foundations of the community. Opinion leaders and celebrities are bringing other celebrities to the stage.

Considering that personal branding has developed mainly on social networks today, it is not surprising that celebrities and opinion leaders prefer a clubhouse with a reputed audience. Veprasi Club: Digital Broadcasting Sites Like the session, many comment leaders were guests and shared their views with the audience.

In Instagram and Clubhouse racing, Clubhouse is different from other social networks; He quickly got his hands on the income model. After its success, a new one in the last few weeks Investment The app announced that it will start testing subscription models for the first time in a few months. We can say that this effort will emerge with a structure similar to Patrian.

Note that this attempt will start working on the Android version. Android users affected by FOMO disease can start joining the platform after a while by calling.