Caption: There will no doubt be plenty more dramatic twists and turns before the destination of the Premier League trophy is decided

This English Premier League season has been unique for many reasons, but probably the most obvious of these is just how many teams are still in the running for the title, despite the season being well into its second half.

Here we plot a course for the teams who still harbor realistic hopes of being crowned champions, with some sides looking to claim their maiden Premier League winner’s medals, and others hoping to add to their already bulging trophy cabinets.

Man City – A Squad That is the Envy of Their Rivals

The festive period of games has been being more punishing than usual, so staying power is the order of the day in the Premier League this season.

It is therefore no surprise that, just as other teams begin to lag in the early weeks of the new year, Pep Guardiola’s Sky Blues are beginning to find their feet.

It’s all the more impressive that they are doing this without Argentinian Sergio Aguero, who has continued to be dogged by niggling injuries. This proves that the City squad has enough strength and depth to absorb injuries to key players and still win crunch games.

There are also signs that talented youngsters such as Phil Foden are starting to come of age, knocking in match winning goals that could yet prove crucial when points are being tallied at the end of the season. 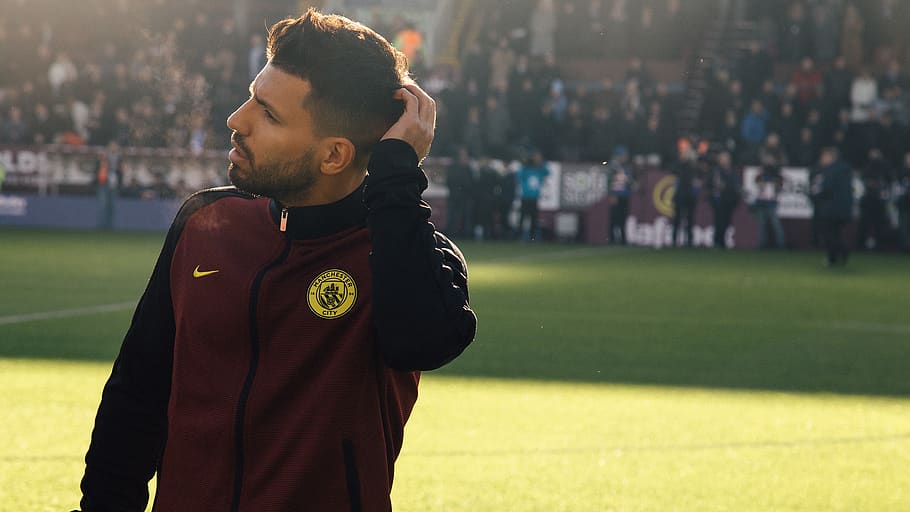 Caption: Despite missing Sergio Aguero for most of the Premier League campaign, Man City are well placed to wrestle the title back from Liverpool

When the Premier League kicked off, there were few odds makers or football fans who could see beyond Liverpool retaining their league title, especially considering the ease with which they claimed the trophy before the summer break.

However, things have gone from bad to worse for Jürgen Klopp, with injuries to key men like Virgil van Dijk and Diogo Jota meaning that he has been forced to play midfielders at center back, and has had no relief for underperforming strikers like Roberto Firmino.

All this has meant that, far from being betting favorites to cling to their crown, the Reds are in danger of missing out on the Champions League places, something that would have been unthinkable at the season’s outset.

That said, when you have men like Mo Salah and Sadio Mané in your team, you will always be on the hunt for trophies. Perhaps the smart money should be going on Liverpool now, just as their Premier League betting odds have been lengthened to make them second favorites to win the league behind Man City. Certainly, Klopp is no stranger to thriving as an underdog, as he showed so many times as manager of Borussia Dortmund.

Leicester City – The Foxes Know How It Is Done

One of the keys to staying the course during a title tilt is knowing that you have what it takes to see it through and, in that regard, Leicester have all the experience they need.

At the time of writing the Foxes are top of the table and riding high, with Jamie Vardy as deadly as ever, along with Harvey Barnes and James Maddison providing incredible midfield thrust.

With a savvy manger guiding them, and one of the surest defenses in the league, perhaps Leicester are about to prove that they are more than just one-hit wonders. There will not be many people hedging against them.

Spurs – Can Kane and Son Lead Spurs to Glory?

There is no competition when it comes to which team boasts the deadliest strike partnership this season, with Harry Kane and Son Heung-min racking up incredible goal and assist stats.

Despite the dynamic duo lighting up the scoring charts, Spurs have yet to take the league by the scruff of the neck, with old consistency issues hampering José Mourinho’s charges. Tottenham may never get a better shot at winning the league, and will kick themselves if they are once again Premier League bridesmaids.

Unfortunately, most of the gossip surrounding Spurs in the new year has had to do with players leaving the club rather than joining. Delle Ali, once a star of the side, has been made an outcast by Mourinho, and Gareth Bale is still yet to do anything apart from nurse phantom injuries on the bench.

All this may ultimately lead to the North Londoners finishing above Arsenal but falling short of claiming their first Premier League title.

Man Utd – They Couldn’t, Could They?

A few months into the season and Man Utd and Ole Gunnar Solskjær were being derided as a joke, with most observers expecting the Norwegian to be relieved of his post before Christmas.

How things have turned around in a matter of months! With Bruno Fernandes keeping the player of the month award permanently on his mantelpiece, and players like Marcus Rashford winning the hearts and minds of the nation both on and off the pitch, there is suddenly a feel-good factor around Old Trafford.

With dead wood like Jesse Lingard and Phil Jones expected to be farmed out, the Red Devils suddenly look like a sleek outfit that could challenge for league honors. Although they are still an outside bet to go all the way, United certainly join Leicester as this season’s feared dark horses.

Everton – Are the Toffees Sweet Enough?

Spurs have Kane. Liverpool have Salah. Man Utd have Fernandes. Man City have De Bruyne. And Everton have Dominic Calvert-Lewin, who has undoubtedly been the standout striker this season, leading the line for an Everton side that has never looked so serious about winning.

If niggling muscle injuries leave Calvert-Lewin alone for the remainder of the season, there is no doubt that the Toffees will be there or there abouts in the Premier League’s final weeks.

Like Leicester, they have built their success around a solid back line, which even pops up with crucial goals itself now and again.

With Carlo Ancelotti as qualified as any manager in the league when it comes to winning silverware, maybe it is the turn for the blue half of Merseyside to have a league winner’s party.