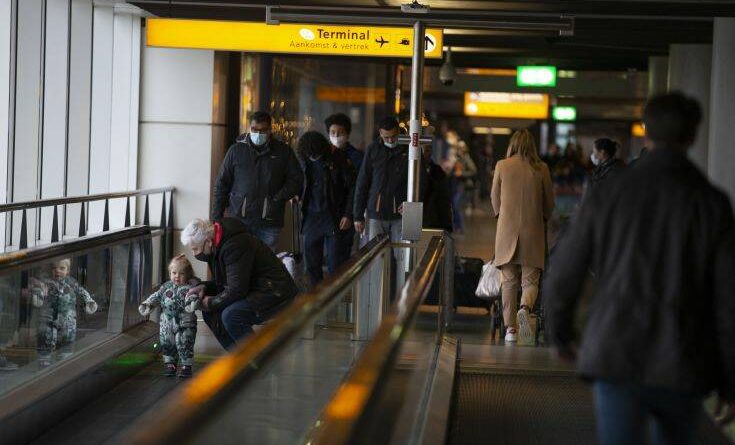 “Domino” EU developments and global alert triggered by Great Britain’s announcement that a new strain of the corona virus has been identified. It is 70% more contagious and dangerous.

The Committee on Crisis Management Mechanism meets today at 12:00 noon European union, With the meaning of its mutation Corona virus In England. Following the decision of several European countries, the German Presidency convened this group, following the advice of the European Union, to seek European co-operation in this matter. Disconnect air connections With Great Britain. In particular, as of midnight on Sunday, they had cut off air links with Great Britain, Germany, France, Italy, Belgium, the Netherlands, Ireland, Bulgaria and Romania. In fact, Belgium announced the addition of a halt to flights and a halt to rail connectivity.

A German government spokesman said Sunday night that the decision to cut off air links could be accepted by the entire European Union, adding that EU countries were in talks to formulate a common position on maritime and land relations. With the United Kingdom.

Today, EU ambassadors will meet in Brussels to discuss travel restrictions imposed by a new strain of the virus in the UK. According to European sources, the ambassadors will discuss measures such as the implementation of PCR tests for travelers from the UK.

At the same time, in our country, from 6am, a seven-day home isolation measure came into effect for those coming from Great Britain, instead of the three days valid for arrival from any other country. However, a team of experts from the Ministry of Health for the treatment of the new corona virus is expected today to evaluate the scientific data in more detail and return with new recommendations.

According to Civil Defense Service Order, All passengers entering Greece on flights from the United Kingdom They will be subject to a seven-day mandatory precautionary ban on the home or temporary residence stated in the PLF form, unless they stay in Greece for a short period of time, the temporary restriction is valid until their departure. Also, all foreign travelers must have a negative molecular weight (PCR) test within 72 hours and fill out a PLF form at https://travel.gov.gr/. In addition, all travelers entering the Greek border from the United Kingdom will be subjected to mandatory rapid checks until midnight on January 7, 2021. 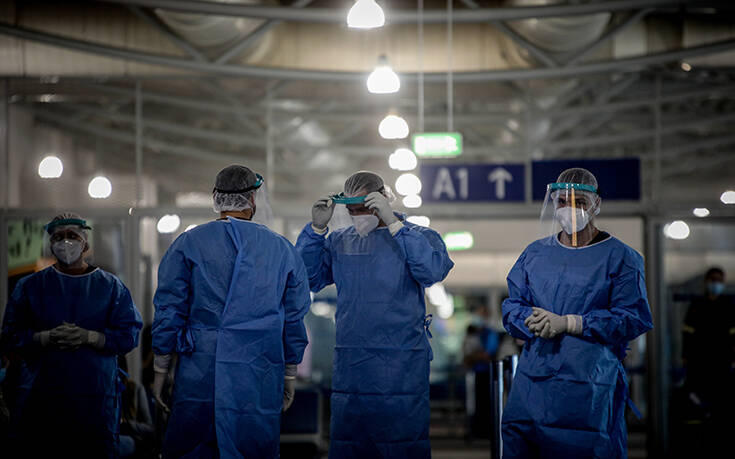 To prevent the spread of the new corona virus strain, the World Health Organization and the European Center for Disease Control and Prevention (ECTC) have called on European countries to increase controls, mainly by improving their detection capabilities. The ECDC does not rule out the possibility that this variant of the corona virus may already be circulating outside the UK. So far, nine cases have been reported in Denmark and one each in Italy, the Netherlands and Australia.

Countries around the world are putting the United Kingdom on ice

Following the London announcements that the United Kingdom will find a new executive, the results of many countries around the world are in domino form from Sunday. Corona virus, Is responsible for initiating its cases Govit-19 In the UK.

Many European countries, including Germany, France, Italy and Ireland, have rushed to take action, with results expected at the federal level tomorrow. The EU crisis management mechanism meets. The previous day, the German newspaper Bild had announced that it was heading towards the European Union Termination of air link with Britain.

Her decision Germany At present there is no concern about aircraft and according to a German government source, it can be accepted throughout the EU. At the same time, European countries are discussing a common position on land and sea links. 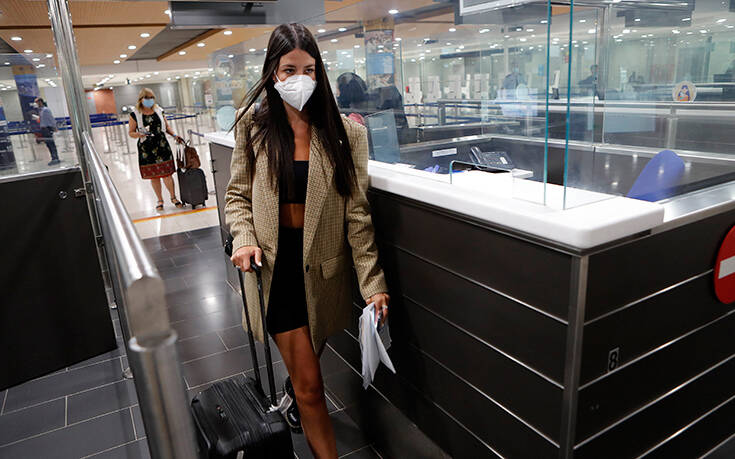 Lack of coordination within the EU dSpain to call a common position, Has called for unilateral action to be avoided.

EU ambassadors meet in Brussels on Monday to discuss travel restrictions imposed by a new strain of the virus in the UK. According to European sources, the ambassadors will discuss measures such as the implementation of PCR tests for travelers from the UK.

The ECDC does not rule out the possibility that this variant of the corona virus may already be circulating outside the UK.

So far, nine cases have been identified in Denmark From one in Italy, Netherlands and Australia.

Her government Turkey Like the authorities of many countries, it announced that it has decided to ban passenger flights from Britain and other countries Detection of a new, more infectious form of the new corona virus In United Kingdom.

“Following the instructions of the President (Turkish Recep Tayyip Erdogan), it was decided to suspend flights to our country from the United Kingdom, Denmark, the Netherlands and South Africa in coordination with the Ministry of Transport and Infrastructure,” he said. Health Minister Bahredin Coca via Twitter.

Canadian authorities have decided to do the same as many countries do Passenger flights from the United Kingdom will be suspended until further notice following the discovery of a new strain of the new corona virus in that country., Aired on the CBC TV network last night. 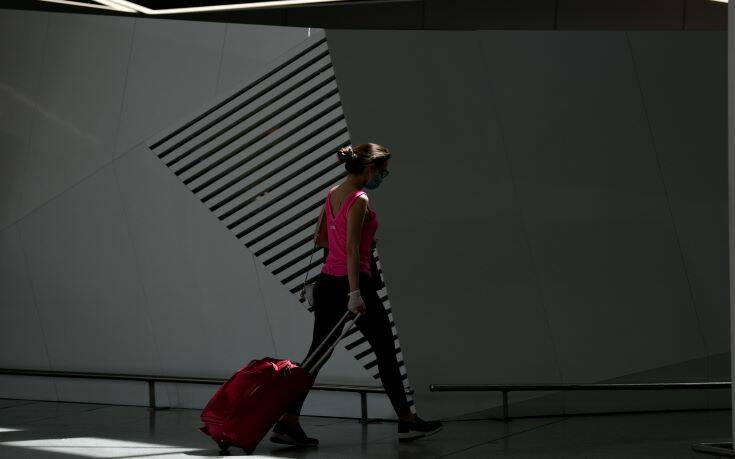 The decision was due to take effect at midnight (local time; 07:00 Greek time), according to a notification from the Ministry of Transport to air carriers, a copy of which came to the CBC.

Under the decision, passengers Flights from the UK have been suspended For an indefinite period of time. This suspension does not apply to cargo planes or cases where an aircraft has to land for safety reasons.

The decision follows a meeting of cabinet members under Prime Minister Justin Trinidad.

Many countries, including France, Belgium, the Netherlands, Italy, Germany and Ireland, have decided to suspend flights and transfers. British Territory amid concerns about new SARS-CoV-2 strain.

See also  6 companies that filed for bankruptcy in May

The previous day, Canadian opposition parties had called on the Trinidad government to immediately suspend flights from Britain, accusing it of being too late to close its borders when an epidemic broke out. New corona viruses.

Suspension from Argentina and Chile

The Argentine and Chilean governments announced the suspension of passenger flights to and from Britain on Sunday, following the discovery of a new strain of the new corona virus in the country.

The Argentine Interior Ministry has clarified that the last plane allowed to land from the United Kingdom before the move comes into effect is expected to arrive in Buenos Aires this morning.

The crew and passengers will be isolated for seven days, he said.

The Chilean government has said it will ban permanent residents of the country and all foreigners in the UK from entering the country for the past 14 days. Santiago said the move would take effect at midnight on Tuesday and would last for two weeks.

Earlier yesterday, the Canadian government announced that it had decided to suspend passenger flights from Britain, as did officials in several countries.

And an emergency meeting under Boris Johnson

British Prime Minister Boris Johnson has convened an emergency meeting today on the issue of transport and transportation, following a domino ban on flights from European countries to the United Kingdom due to a new mutation in the country’s corona virus.

Concern at the WHO

The World Health Organization is on high alert for corona virus mutations.

According to the BBC, the mutation will escape from Great Britain and appear in other countries such as the Netherlands, Belgium, Denmark and Australia.

This mutation is spreading fast, but it is not considered very dangerous.

However, there is no evidence that the new strain works differently to vaccines.

In the UK, much of the UK’s southeast, including London, is now under strict control in an effort to curb the rapid spread of the corona virus.