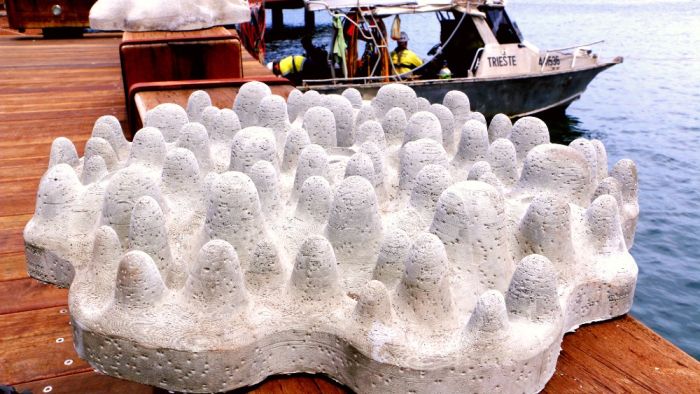 An underwater garden is being planted in Sydney Harbor in an effort to revive marine habitats destroyed by the “legacy of pollution”.

Concrete tiles have been installed under the sea in the park to reflect the four 3D-printed marine habitats.

“We are trying to capture both the lost marine life and the marine habitats they want to live in,” said Katie Daphorn, a marine ecologist at Macquarie University.

The project takes 10 years to produce and is designed to attract marine life that has disappeared due to pollution and growth.

Concrete tiles are installed on three levels, which are six meters below the water.

Lentlees, a global construction company, and Sydney Marine Science are working together to revive the underwater world.

“Unfortunately, in the inner harbor, we have a legacy of pollution,” Dr. Dufforn said.

“But projects like this are trying to encourage native creatures like sponges and oysters, which can actually help purify the water further.”

The sponge is harvested from other sites in the port and then transferred to the tiles using biodegradable cable ties.

The tiles are attached to the panels so that they sink into the water and swim into them.

The sanctuary below the surface also includes a sponge forest, with up to 160 trees planted on the sea floor.

The garden should be used regularly once the sponge is attached and the native species begins to thrive.

“We’re going to continue horticulture to make sure it’s not the native species and invasive species that grow there,” Dr. Daphorn said.

Parangaru was named after Emily McDonnell, a woman who was the first country adviser to the project, and a strong tribal woman who fought to protect the land. 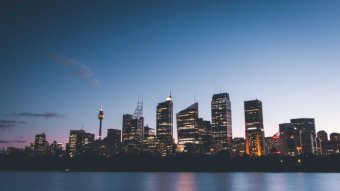 We provide a homepage designed for NSW visitors. Also find out how to choose local news.

“It is the responsibility of big business to help protect the country when it is used for development,” he said.

“How can we, through our actions, heal the space given to us to care for.”

Annie Tennant of Lentley said the company wants to “leave a legacy” in the park in the hope that the plantation project could be reflected in Sydney and around the world.

The sponge is expected to be planted before February.