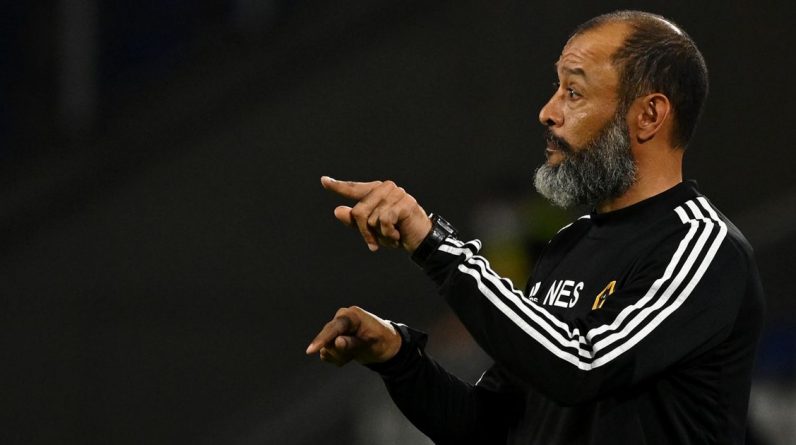 Wolves have accepted a bid from Tottenham Hotspur for Matt Doherty.

According to the Telegraph, Spurs’ £15 million bid for the player was enough to convince Wolves to release the player – with personal terms yet to be arranged.

Doherty will have a medical at Spurs this weekend after Wanderers agreed the sale.

There’s a transfer chain at work as well – with Spurs now considering the sale of Serge Aurier to AC Milan following the conclusion of talks over Doherty’s transfer – discussions that will make the Irish international Spurs’ third signing of the summer.

The report states that the decision to sell Doherty came down to a decision made by Nuno and Wolves chairman Jeff Shi, although it was one made reluctantly, with Doherty making it clear that it was a move he wanted to make.

Wolves will now plan to replace the full-back, and search for reinforcements following Jonny’s serious injury.

Wolverhampton Wanderers are willing to let Cameron John join Doncaster Rovers in a permanent deal, according to reports.

In total, he made 18 appearances in the league for Donny, before he suffered an ankle injury which hampered his progress.

Wolves extended his contract earlier this summer, but according to the Daily Mail they are allowing him to permanently rejoin Rovers for a nominal fee. The report suggests that Wolves will look to cover themselves by inserting a 30% sell-on fee into the deal, just in case his progression continues at the Keepmoat Stadium.

See also  The glory and fall of Aaron Hernandez, the American football star and murderer who died in prison

It is reported that there had been Championship interest in the 21-year-old, but he is set for a medical on Friday ahead of his Molineux exit.

There’s a quick and easy way to stay on top of all the Wolverhampton Wanderers news with our daily newsletter.

Delivered straight into your email inbox each day, the bulletins will feature the latest Wolves news, views, gossip and opinion.

We also have a free app which you can download. It is always up-to-date with the latest news from across the region. Google Play Store and App Store

Wolverhampton Wanderers have released their new away kit for the 2020/21 season – to a decidedly mixed response.

With just under three weeks until the new campaign begins, fans have been eagerly awaiting the reveal for the change strip.

And adidas, in their third of a four-year deal have produced a shirt that has instantly garnered a huge reaction from the fanbase.

After going with a white and black kits in their first two years respectively, Wolves and adidas have gone for a less traditional approach with a blue pattern adorning the front of the shirt.

Within minutes of the kit being released, reaction had gone viral across social media, with queues of more than 1000 people on the club’s official site.

But it wasn’t all positive, here’s a mix of some of the best responses:

@bigmat1982: Wasn’t expecting that. Will hold judgement until I see it up close but, yeah, different!!!

@Bakes1970: Think I quite like the away kit. Just think it would’ve been better without the blue…

@newbridgewolf: It’s like they had two kits in mind and couldn’t decide which one to go with, a white one or a blue one.

@JP_wwfc_1990: Think of the amount of publicity that shirt gets today alone. Job done by the designers

@wwfcscott: this new kit is just a secret ploy to lure Messi into joining anyways

@woodall85: Could they not decide whether to go all blue or all white?!

@AstleySam: New wolves away shirt is great! Something different and not boring, will go into the category with the tyre shirt, hated at the time but sort after in years to come

@JamesFlynn: Can’t tell if it’s garishly beautiful or just plain garish. Either way I quite like it