Home Sports The Tour de France starts next week, but should it? 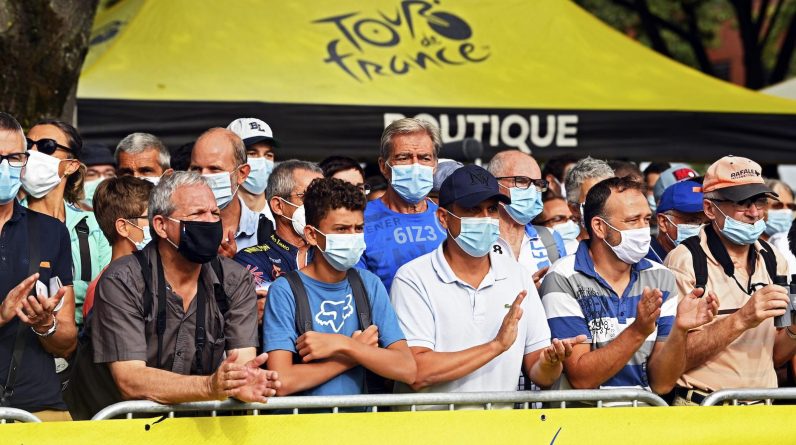 In two Saturdays’ time, two months late, the 2020 Tour de France will finally begin. On the wide boulevards of Nice, with the glinting blue of the Mediterranean at their backs, the riders and their entourage will head up into the hills surrounding the coastal city and set a course that will lead them to Paris three weeks later.

The riders are eager to race. Spectators are desperate for it. And given what the world has endured this year, the 2020 Tour de France may be one of the most symbolically important editions in the race’s long history. But in the midst of steeply rising coronavirus rates in France, is this bike race cause for celebration, or cause for concern?

In late February, as coronavirus began to spread unchecked across Europe, the impact the virus would have on the professional cycling calendar was still unknown. The broader societal implications were also shrouded in mystery.

But within weeks, trifling distractions like sport were put on indefinite hiatus, economies were in freefall, thousands of people were dead, and hundreds of millions of people were in lockdown.

The tunnel was long, and it was dark. By mid-April, with France and its neighbours Italy and Spain the hardest hit by the virus, the shape of the summer began to form. With more than 2,000 new cases a day, the risk of transmission at major events was deemed too great. On April 14, the Tour de France was postponed.

By mid-May, France emerged, dazed and blinking, from the darkness of its lockdown. The curve had been driven down, and summer awaited – endless days of sun and socialising, holidays and hope. The Tour de France was moved to the very end of the summer holidays, starting on August 28, the weekend before the resumption of work and school.

When racing resumed, it looked a little different than it had.

Since that first lockdown, a lot has changed. There is a more complete picture of the virus that has upended everything. There have also been hundreds of thousands of lives lost globally.

And in the numbers in France, there are now some uncomfortable similarities.

As of Wednesday, there had been over 2,000 new infections recorded for all but one day in the past week: the worst run since mid-April, midway through the French lockdown, at almost the exact point that the Tour de France was first postponed. The rolling seven day average is 2,621 new cases per day, and infections went over 3,000 on both days last weekend.

Today there were 3,776 new cases – the highest post-lockdown number yet recorded – and over 250 active clusters, with most infections taking place outside of those, indicating advancing community transmission. “We are going the wrong way,” admitted Prime Minister Jean Castex. 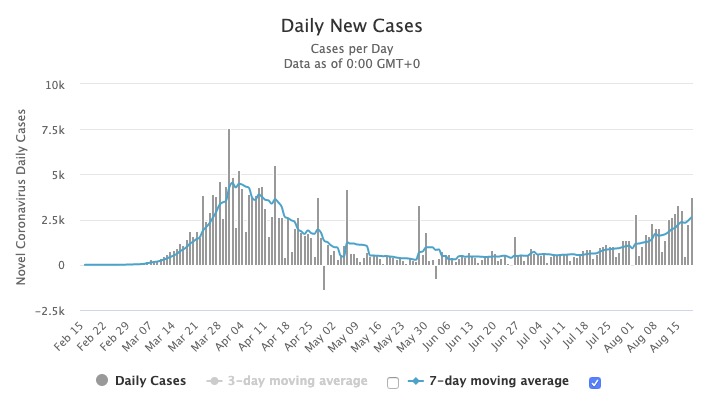 The rise is attributed to a decrease in social distancing and a rise in COVID fatigue, with younger people – who have better odds against the virus – overrepresented in the current statistics.

See also  MLP at a glance: Luis Severino injured during rehab | Pete Alonso is his GM

The first wave of the virus in France ripped through the aged care sector, leading to the third highest number of deaths in Europe, behind the UK and Italy. The fact the mortality rate has remained low in this second wave, however, appears to have fed complacency. But infections and deaths do not move in unison, young people can get sick and die, and the virus can easily spread to more vulnerable populations. 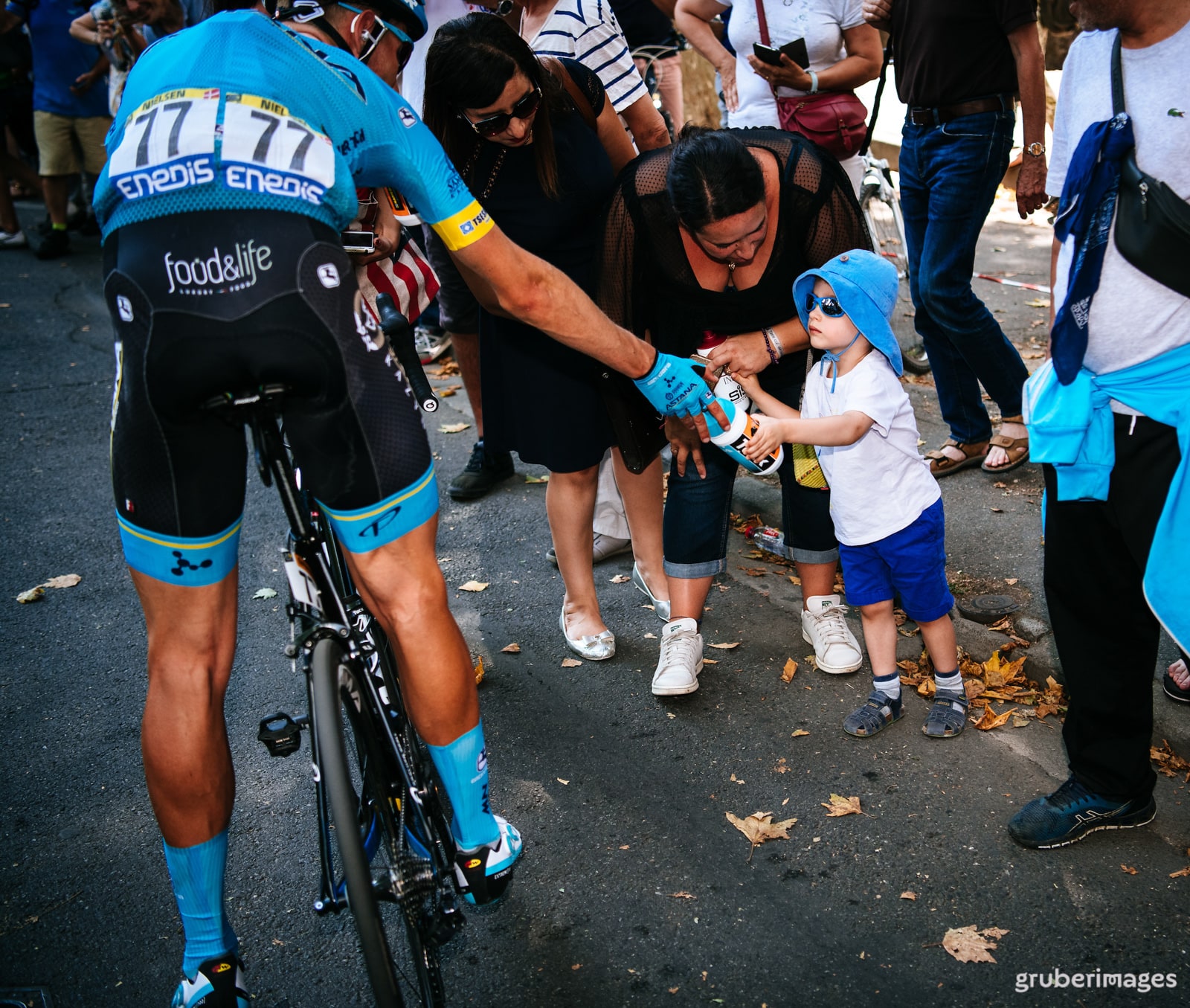 There is rising concern in France about the resurgence of the virus, but as yet, little tangible change in response. “To fight the disease, we have to isolate contagious people quickly before they have time to infect all those around them,” epidemiologist Catherine Hill told France 24. “But we don’t do that – we first look for people who are symptomatic, even though half of the contaminations come from people who are asymptomatic.”

France is not alone – its neighbours Spain and Italy both also recorded their highest post-lockdown figures on Wednesday. But France does appear to be moving slower, with a preferred strategy of local containment rather than a national lockdown. It was only this week that mask use in shared indoor spaces like offices was considered – and that rule won’t come into effect for two weeks. “The indicators are bad, the signals are worrying and the situation is deteriorating,” said French health ministry director Jérôme Salomon.

That’s the backdrop against which the Tour de France will begin. Should it? And will it finish? 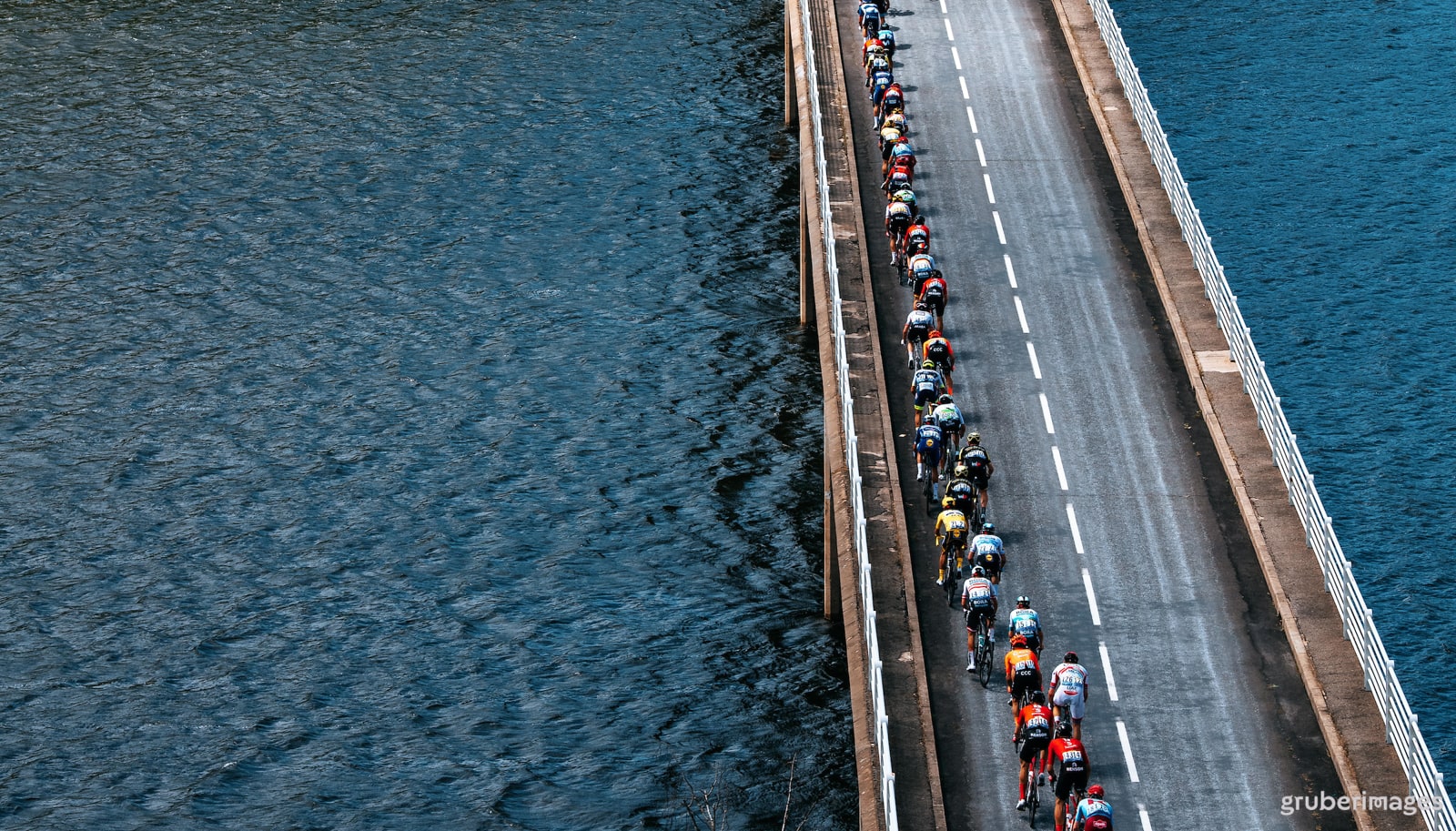 The 2020 season resumed after its hiatus with a new health framework introduced by the UCI, including the introduction of team ‘bubbles’, and COVID-19 testing protocols prior to and during races. Riders must take a test six days before a race, and another at least 72 hours before arriving at a race and entering a team bubble.

But those bubbles are not airtight. At the Route d’Occitanie, Ineos filed a formal complaint about spectators being allowed to mingle with riders. At the Vuelta a Burgos, Israel Start-Up Nation pulled three riders due to a contact testing positive, and UAE-Team Emirates did the same. Prior to Strade Bianche, Ag2r’s Silvan Dillier was forced to sit out the race after returning a positive test. Astana’s Hugo Houle, too, has just been announced as COVID-19-positive after the Tour of Poland.

At the Tour de France, the testing protocols which uncovered those results will be ramped up a little – riders will be retested on rest days, for example – but there is still generous scope for things to go wrong. And the UCI itself has been vague as to what the protocol will be if (or when) there’s a positive test: David Lappartient, UCI President, said two weeks ago that “it’s a big question, and not easy to answer. A race will not stop if there’s one positive case, even if nobody knows if the race will go on to the end.” COVID-19 screening station prior to stage 1 of the Critérium du Dauphiné.

Race organiser, the ASO, trialled a stricter lockdown at last week’s Critérium du Dauphiné and in the pressure cooker that is the Tour de France, seems likely to ramp up measures further. But the Tour de France is the world’s biggest and most prestigious cycling race, with a corresponding scale to the infrastructure around it. Even if the ASO is running a tighter ship in 2020 there’s little avoiding the fact that it’s still a rolling village of several thousand people, moving and mingling around an entire country for three weeks straight.

The ASO didn’t respond to a number of specific questions asked by CyclingTips, including:

Is the ASO guided by the UCI’s COVID-19 protocols, or is the French government the ultimate authority in whether the race commences, proceeds or is cancelled?

Is there a specific tipping point in case numbers where it will be considered impossible to safely conduct the Tour de France?

However, in a press conference on Wednesday, race director Christian Prudhomme outlined some of the measures that were being introduced by the ASO to help mitigate the spread of coronavirus. The team presentation in Nice, one week from now, will allow 1,750 attendees – a figure that may be revised downwards – and roadside spectators throughout the race will be expected to wear masks, although it was not immediately clear if – or how – that could be enforced on the thousands of kilometres that the Tour route traverses.

That dovetails with existing measures announced by the ASO previously, including a reduction in the size of the Tour’s promotional caravan, which will be around 60% of its usual size.

But the links in the chain of transmission of the virus are still human interactions, and hundreds of people attending presentations, thousands of people working on an event, and millions of promotional items being flung by the fistful to jostling roadside fans are each potential transmission points. 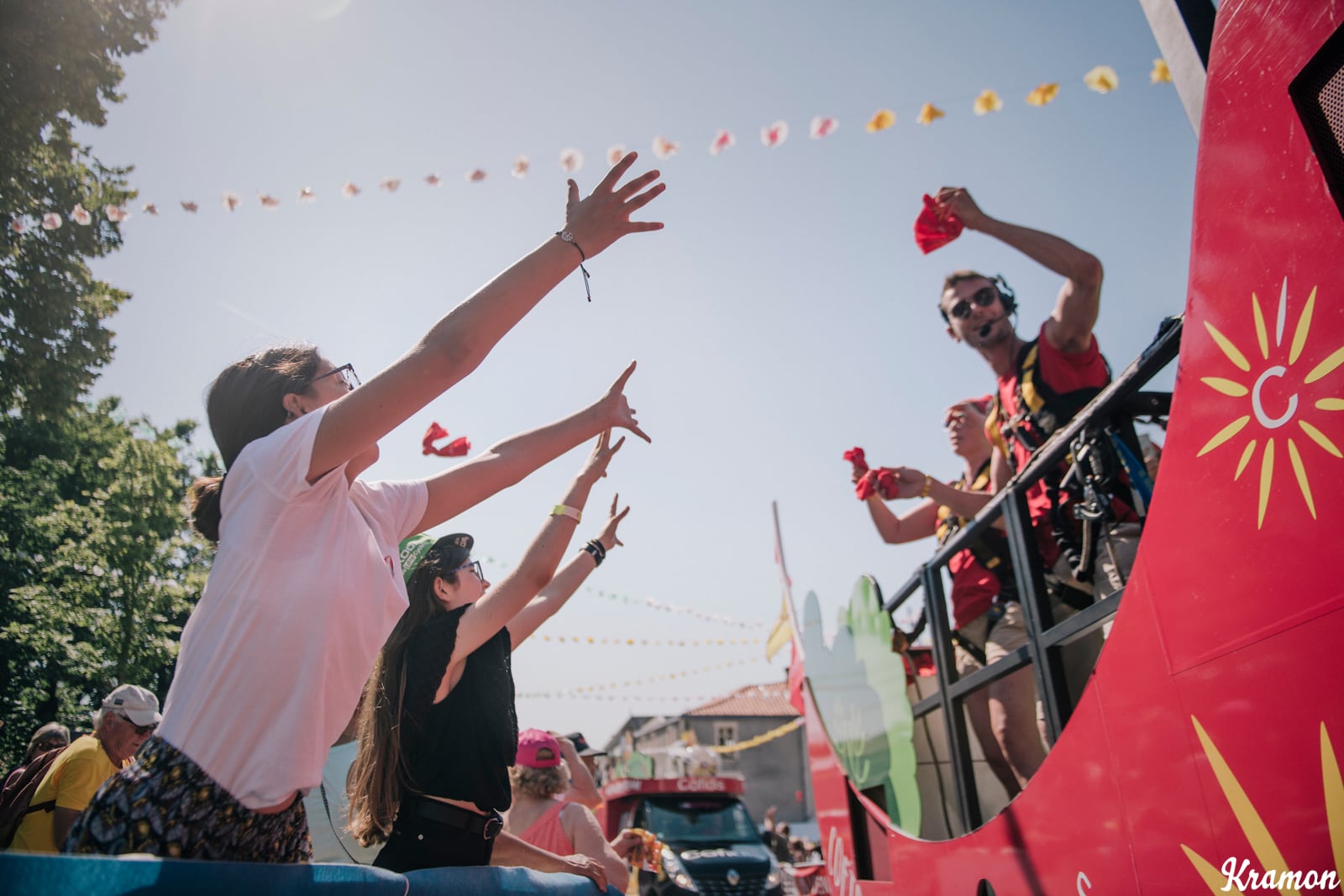 Fans clamour for freebies as the advertising caravan rolls through pre-stage.

It is a precarious path to walk, let alone when “all indicators continue to climb and transmission of the virus is intensifying,” as France’s public health agency concedes.

See also  Pascal Siagam was punished and allowed by the raptors!

After the race was first postponed in April, Devi Sridhar, the University of Edinburgh’s chair of Global Public Health, described the proposal to reschedule the Tour to August as “a recipe for disaster”.

“The wise thing to do is cancel for this year,” she said. “It’s a painful decision but they have no choice. There’s definitely a risk that the Tour de France moving around and unwittingly spreading the virus could kickstart a new lockdown.”

Sridhar was not a lone voice in the wilderness. Professor Benjamin Cowie, an epidemiologist from the University of Melbourne, offered a similar perspective, saying that postponing the race until 2021 would “be in the interests of public health.”

In the months since those remarks, France managed to change the course of its infections via lockdown, reopened, and is now back on a familiar upward trajectory. This time, President Emmanuel Macron has repeatedly and specifically ruled out wide-ranging lockdowns to curb the trend.

The second wave appears to be here, and if it stays on its current trajectory – and there’s nothing to suggest it won’t – the number of cases will hit the heights of the first wave while the Tour de France is still underway. And where there are cases, deaths are sure to follow. 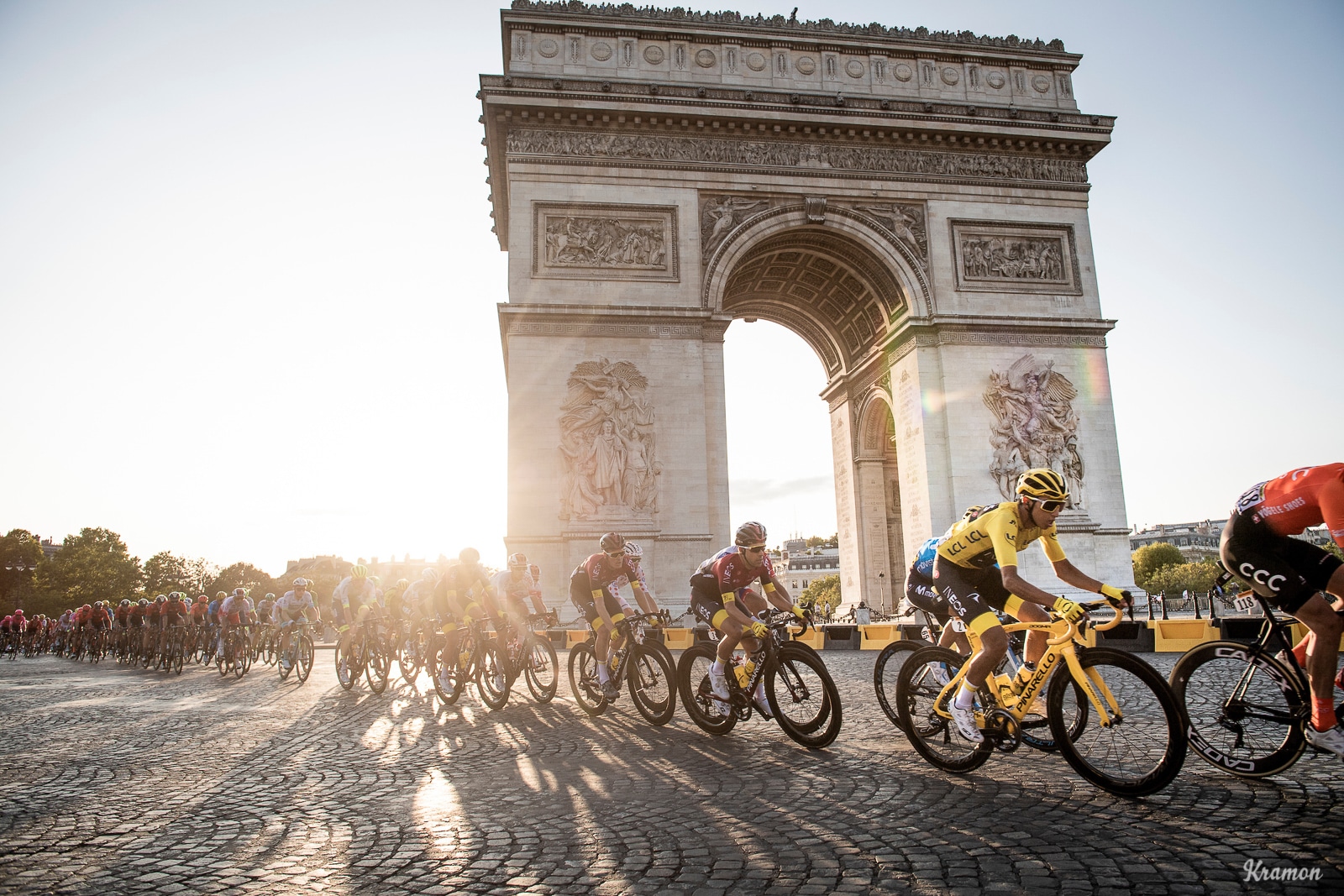 Ineos and Egan Bernal on the final stage of the 2019 Tour de France.

The Tour de France is a French institution, and CyclingTips understands that there is a desire within the upper echelons of the country’s government for the race to go ahead – whether for national morale or economic reasons. But in the rush to hold a bike race, bureaucrats aren’t the only ones ignoring what seem like fairly conspicuous red flags.

The entire financial model of professional cycling pivots around this one event. It is the crown jewel in the UCI’s calendar. The sport’s most powerful race organiser, the ASO, has become fabulously wealthy from the event. The cities and towns along the route pay millions for the privilege of hosting it, and stand to make multiples of that in tourist revenue. Team sponsors back teams solely for the exposure they gain during the Tour. Team managers structure their entire season around the race, and the trajectory of a rider’s entire career can be defined by a day’s racing in this three-week window. Everybody is incentivised to pass the buck, and nobody is incentivised to break rank.

And so. The numbers are bad, and seem set to get worse. In one week’s time, 1,750 fans will fill a square to cheer as riders in face masks roll onto a stage. In nine days time, the Tour de France will begin, spending its opening stretch in the Provence-Alpes-Cote’d’Azur region which is one of France’s hotspots. In three weeks – hopefully – the race will finish on the cobbled boulevards of another hotspot.

What happens in between is anyone’s guess, but we can’t say the warning signs weren’t there.