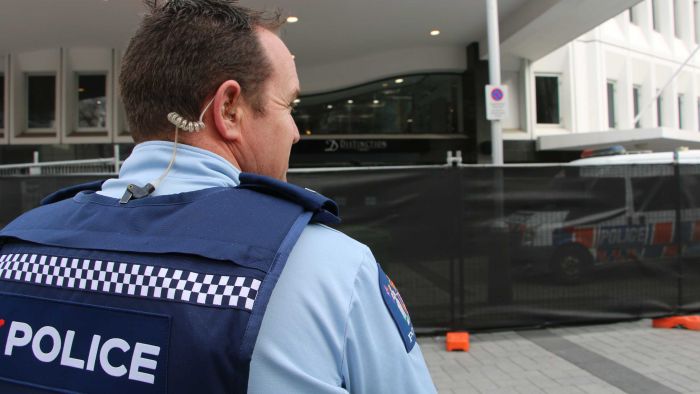 Stay up-to-date on the coronavirus outbreak

A national real-time tracking survey by researchers from Monash University found the proportion of West Australians who say they are “always” physical distancing in public has fallen from 61 per cent in April to 38 per cent in early July.

There’s also been a drop in the proportion of people who say they are “always” thoroughly handwashing.

Lead researcher Peter Slattery says the results are likely a reflection of the low number of cases in WA.

“I really think Western Australia should look at what has happened in places like Victoria to see just how easily a second wave can emerge and surge and that should remain salient [of the risks],” he said.

New Zealand’s Deputy Prime Minister is accusing the country’s opposition of trying to politicise the latest coronavirus outbreak, in calling for next month’s election to be delayed.

Auckland is in the middle of a three day lockdown, with five new positive cases detected in New Zealand’s largest city.

The infections were appeared after more than 100 days of the country recording no new COVID-19 infections.

Kiwis are due to go to the polls on September 19, and Winston Peters has told Channel Nine the date is becoming something of a political controversy.

“The Opposition is screaming out for it to be delayed,” he said.

“They’re making other statements. The truth of the matter is — I think to be fair, the politicians need to butt out in this context. It’s not about politics, it’s not even about the election now. It’s about the health of New Zealanders.”

Who’s up at the coronavirus response inquiry today?

What’s happening with the parliamentary inquiry in VIC?

Canberrans stranded on the other side of the Murray will today begin their commute home.

It took the ACT and New South Wales governments six days to end the impasse and agree on a transit plan.

The residents will have four days to get home and can only travel between 9am and 3pm.

One of those left in limbo at the New South Wales border is Anne Cahill Lambert, whose husband has been working as a locum doctor at a hospital in Victoria’s north-west. She says she’s glad to be coming home.

“We go into isolation but we’ll be sleeping in our beds,” she said.

She says she’s appalled at how the New South Wales Government handled the situation.

“Such a ridiculous way of managing it,” she said.

Auckland ramps up testing on Day 2 of lockdown

Michael Baker, Professor of Public Health at the University of Otago, says authorities are working quickly to establish the close contacts of the family.

“That’s the big goal over the next couple of days, for this family and the people they worked with and had contact with and also a huge amount of testing across the Auckland region,” he said.

“There are queues right around the block of people turning up to be tested.

“I think quite a bit of [compliance] comes down to a very clear goal nationally to get rid of the virus, so we’ve had elimination always as a goal that’s been embraced by New Zealanders and all of our political leaders in Parliament.”

Good morning for another day of live blogging

Hi all, I’m Sophie. Glad to be back blogging with you. Follow along as we keep across all of today’s developments.