Home Science Joe Anderson says he was ‘too fat for his own good’ and has lost 3.5 stone during lockdown 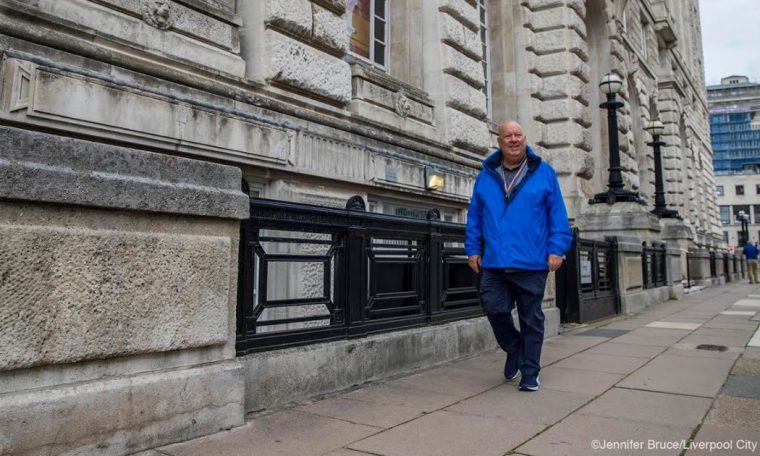 The coronavirus has changed so much of the world around us – and for many people it has brought about transformations to their own individual lives and choices.

With it now clear that the virus has more harmful impacts on those who are overweight, the danger of the disease has led many people to take action to improve their health.

One such person is Mayor of Liverpool Joe Anderson.

At the start of the pandemic, the Mayor was one of the many people put on the government’s shielding list because of a heart condition that would make him more vulnerable to the disease if he became infected.

He was also classed as clinically obese, weighing 21 stone at the time the virus hit.

The frustrations of being trapped at home led Mayor Anderson to look at himself and the choices that had contributed to this position – and to start to make some changes.

He explained: “As someone who was classed as a shielded person, and told I was at a much higher risk of not being able to fight off COVID-19 if I became infected, I found it a bit of a slap in the face.

“And, like many others, I was advised to remain at home as a result of the pandemic that is still at large today.

“So not only did I have my health condition but I was also classed as clinically obese or, in Joe-speak: far too fat for my own good.

“All the evidence so far is that the risk obesity poses to those who get COVID-19 decreases their chances of survival. Plus we also know also that obesity can and does reduce life expectancy in general, and also causes many other health issues.”

Normally spending his days in back to back meetings in the Cunard, Joe found a little more time between Zoom calls to start walking around his Old Swan garden on a regular basis.

He said: “Like most of us, I have always found it difficult to make lifestyle changes, partly because human nature means we get used to doing things that are easy.

“So the things that we should do that keeps us healthy takes time, like exercise or cooking and eating sensibly. It suffers as a result of us blaming the fact we are busy when actually our lifestyle has become too lazy and convenient.

“So the lockdown presented me with a choice: either continue the way I had been doing and keep doing all the wrong things and all the risks that meant, or change.

“Five months on, I am glad that I chose change. I have walked every day, just short walks at first, and then longer.”

While exercise like this is crucial, he knew his food habits were even more important.

He explained: “I also started to watch what I was eating, not obsessively, but carefully balancing meals and treats.

“I have also started cycling and do a couple of miles a day.

Find local stories where you live

“Again, I started gradually and have built up. One of the things I am really looking forward to is being able to go out on the bike with my grandchildren – and hopefully keep up with them!”

See also  A bold theory that solves the mystery of Venus: in its atmosphere, creatures we have never seen can live!

The concerted efforts have meant the city Mayor has managed to shed around three and a half stone since March, he says if he can do it then anyone can follow suit.

“I know I have to continue and that will be difficult but I have made the start, and at least that gives me the motivation to keep going. What I have found so far is that even small changes can make a big difference.”