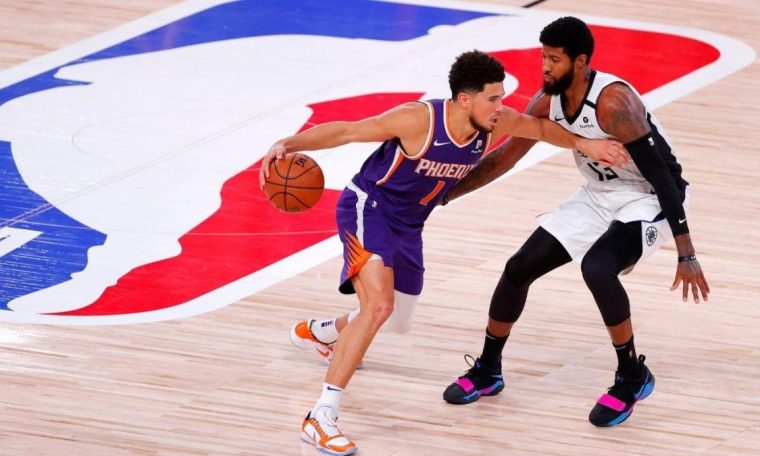 We’re just about one week into the NBA bubble and let’s not mince words: This has been nothing short of amazing. I’ll be the first to admit, I was highly skeptical these games would look anything like normal NBA action. Honestly, there’s almost no difference on TV. I thought the pumped-in noise would be a gimmick, but it’s a perfect touch. Nothing about these games feel like they’re being played in a dead arena. And the virus is still at bay. Incredible job, Adam Silver.

And this is to say nothing of the level of play. After almost five months off, again, I figured the product would suffer. But it hasn’t. Guys are playing out of their minds. Making shots. Playing with energy and rhythm. These are still technically regular-season games and yet they have a March Madness feel like every game seriously matters. And for the most part, they do. Playoff seeds are still up in the air. Matchups are yet to be determined. The race for No. 9 in the West, which will likely come with the right to play No. 8 in a play-in series for the final playoff spot, is going to be a photo finish.

Here’s a look at the early winners and losers from Orlando.

Anthony Davis laid an egg in the Lakers’ loss to Toronto, but in their two wins against the Clippers and Jazz he’s combined for 76 points. The Lakers have clinched the No. 1 seed in the Western Conference and LeBron James isn’t even averaging 20 points in the bubble. Dion Waiters has looked terrific. Kyle Kuzma is playing great defense and making shots. A lot to be optimistic about for the purple and gold.

The Blazers are 2-1 in the bubble and are fresh off a huge win over Houston on Tuesday night. If the seeding games were to send right now, Portland would get its shot at the postseason with a play-in series vs. Memphis. They have three tough games coming up against Denver, the Clippers and Philly, but they control their own destiny. That’s all they can ask for.

And they’re healthy. Jusuf Nurkic and Zach Collins are back and play terrific, particularly Nurkic. Carmelo Anthony has been lights out making gigantic shots in monster situations. And, of course, Damian Lillard and CJ McCollum are cooking people. This is a dangerous team. Far too dangerous for the Lakers to feel entirely comfortable in a potential first-round series.

When the action started in the bubble, the Suns were considered a total non-factor in the playoff race. People were questioning why they were even invited. Now they’ve gone 3-0 in Orlando and are just three games back of No. 8 Memphis. More importantly, they’re only one game back of No. 9 Portland in the loss column. They would’ve loved for Houston to beat Portland Tuesday night, but not everything can go your way.

San Antonio and New Orleans are still in front of the Suns, too, but that No. 9 seed and the potential of a play-in series for the final playoff spot is actually within reach. From where Phoenix started, that’s big, and the way they’re playing obviously bodes well for next year and beyond.

And the Suns aren’t beating slouches. After knocking off the Wizards, they’ve defeated the Mavericks and Clippers, the latter of which came on Tuesday courtesy of a Kobe-like game-winner from Devin Booker.

The Grizzlies have started 0-3 in the bubble and, even worse, they’ve now lost Jaren Jackson Jr. to a torn meniscus — just crushing news for a budding star and a franchise that has as much to be optimistic about as any young team in the league. The good news is Memphis is still in possession of the No. 8 seed, but their margin for error has shrunk to almost zero if they want to get into the postseason.

Did someone say the Raptors were dead when Kawhi Leonard left? I know I did. Silly me. Silly pretty much everyone. The Raptors came into the bubble with the third-best record in the league and they’ve gone 2-0 in Orlando, dominating the Lakers before taking down the Heat.

There’s been a lot of talk about the Heat and Celtics both wanting the No. 3 seed because it would keep them on the opposite side of the bracket from Milwaukee, but at what point do we start talking about a potential second-round matchup with the Raptors being equally daunting?

The Sixers squeaked out a win over San Antonio on a last-second Shake Milton 3-pointer off a somewhat broken play, but what does it say that the Sixers needed a last-second Shake Milton 3-pointer to beat the Spurs? That’s not a knock on the Spurs, but we continue to want to elevate the Sixers, based on talent, into the company of the true contenders, and they just don’t play at that level consistently.

Philly lost its bubble opener to the Pacers despite Joel Embiid putting up 41 points and 21 boards. The Sixers were plus-21 when he was on the court, but they were minus-27 when he was off. Bringing in Al Horford was supposed to keep the Sixers afloat when Embiid goes to the bench, but the same old stories continue to play out with this team.

The most positive development for Philly in the bubble is that they are stuck in the No. 6 seed, which right now would pit them against the Celtics in round one. The Sixers are 3-1 vs. Boston this season. But when the best thing to happen to you in Orlando is that you haven’t improved your seed, you’re a bubble loser.

What in the world is going on with T.J. Warren? Dude went for 53 points in Indiana’s bubble opener vs. Philly, and he followed that up with 34 against the Wizards and 32 against the Magic. The Pacers are 3-0 in the bubble, and Warren is averaging … crunches numbers … 39.6 points on 65 percent shooting, including 61 percent from 3-point range.

Warren can really score. He’s averaging 19.5 points per game this season on 39 percent 3-point shooting, which makes him one of the league’s real bargains at less than $11 million this season. So it’s not like this is coming completely out of nowhere. Well, OK, yes it is. This is out of this world.

They lost Jonathan Isaac to a torn ACL. Enough said. This is awful news. The Magic are going to get into the playoffs and with Isaac, I think they actually could’ve taken a few games off Toronto. The Magic are 2-1 in the bubble, but the loss of Isaac is just a blow to the gut. He could very well miss most of, if not all of, next season, too. He was developing into one of the best defensive players in the league, and this puts the brakes on everything.

See also  Tyler Glasno Tommy John is about to have surgery

The Heat defeated Boston on Tuesday, without Jimmy Butler, and are now within 1.5 games of the Celtics for the No. 3 seed. Nobody wants to see Miami in the playoffs. Butler is still avoiding jump shots like they’re a crowd full of people without masks, but he’s doing his thing getting to the free-throw line, scoring at the rim and getting everyone involved. With Bam Adebayo potentially being the most important defender in the Eastern Conference, Miami continues to look like a legit sleeper to do some real damage.

I know the Rockets lost to Portland on Tuesday, but they have looked legitimately dangerous in Orlando. They beat the Mavericks and the Bucks and James harden and Russell Westbrook look perfectly in rhythm. Harden went for 49 points on 14-of-20 shooting vs. the Mavs, and when he was doubled and tripled Westbrook used the open space to attack the rim. Dallas put up 149 points on Houston, but the defense has really settled in the last two games. Houston would play Utah in the first round if the playoffs were to start today, and they would definitely be favored in that matchup.

Utah is 1-2 in the bubble and struggling to create any kind of consistent offense without Bojan Bogdanovic, who is out for the season after having wrist surgery. Donovan Mitchell is shooting under 40 percent from the field in Orlando, and Utah’s defense hasn’t looked nearly dominant enough to make up for their offensive limitations with really only one legit shot creator.

With 34 points, 20 rebounds and 12 assists, Doncic became the youngest player in NBA history, by almost two years, to post a 30-20-10 line. The Mavericks have gone 1-2 in the bubble, but Doncic continues to be the hope that they can pull a shocker in the playoffs. They’re pretty much locked into the No. 7 seed, which will likely mean a first-round matchup with either the Clippers or the Nuggets. If it’s Denver, the Mavs will definitely feel like they can win that series.

Bradley Peel was teased after his last injury!