The Sharks are concerned about the injury problems plaguing a $850,000-a-year star forward and are reported to be eyeing cover from one of this year’s premiership heavyweights.

Meanwhile, the Knights could offer a lifeline to an NRL journeyman and 17-year old teenage sensation Joseph Suaalii is “spooked” and putting off signing with the Rabbitohs for now.

Kayo is your ticket to the 2020 NRL Telstra Premiership. Every game of every round Live & On-Demand with no-ad breaks during play. New to Kayo? Get your 14-day free trial & start streaming instantly >

The health of star prop Andrew Fifita has the Sharks concerned and according to Wide World of SportsCronulla could be already eyeing cover. Fifita has struggled to get back to his barnstorming best that saw him help lead Cronulla to a breakthrough premiership in 2016. A chronic knee injury has proved a constant problem this season and reduced his impact up front. Fifita is on $850,000-a-year according to the Daily Telegraph’s Rich List. While it is unclear what Cronulla’s plans with Fifita are, the Sharks are reported to be sounding out Panthers front rower James Tamou. The 31-year old is understood to be fielding interest overseas from a number of English clubs but would prefer to remain in Australia. Currently signed on big money at Penrith, the Western Sydney-based club have plenty of replacements to fill the void up front if they did part ways. Spencer Leniu and Moses Leota have both provided plenty of punch off the pine and could step up to a more consistent starting role. Meanwhile, Tamou himself still has a lot to offer and his leadership could prove invaluable for Cronulla’s pack if Fifita’s problems persist.

CASUALTY WARD: All the injury news from Round 12 plus scheduled return dates

‘SPOOKED’ SUAALII SHYING AWAY FROM SIGNING WITH SOUTHS

While teen sensation Joseph Suaalii has been all the rage in recent weeks, the most important talks – that over his contract – have temporarily come to a halt. Suaalii is expected to sign on with the Rabbitohs but Rugby Australia officials are still somewhat hopeful they can convince him to change his mind. That is only buoyed by the fact Suaalii is yet to make a final decision, with the Sydney Morning Herald reporting he has been put off by his constant presence in the media cycle. “He was spooked by the amount of media attention,” Suaalii’s advisor Steve Nasteski told the Herald. “He needs some time to think about it now. When he’s ready he will make that decision but right now, he hasn’t made that decision.” At just 17 years old, Suaalii has plenty of time ahead of him but with two different codes vying for his signature it is a big opportunity he needs to grab with both hands. For the time being though, he is taking as much time as he can to weigh up the options and remain out of the spotlight before making a final call.

‘YOU RUN THAT INTERVIEW?’: How Payten broken Warriors’ hearts live on TV 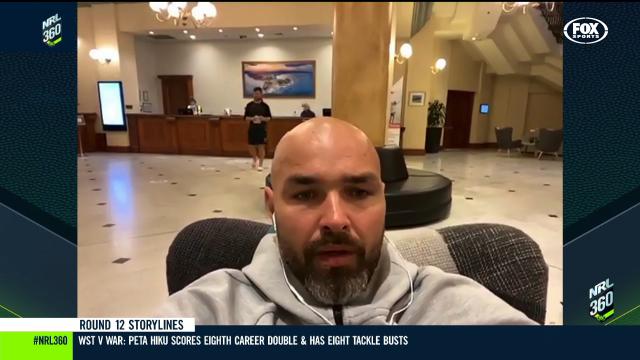 Dragons winger Jason Saab is at long odds to be at the club next year with reports suggesting he could be granted a release this week. Foxsports.com.au first reported in June that Saab wanted to explore his options and now it looks like he will finally be able to do so. The main sticking point is understood to be the 3.5-hour round trip from Western Sydney to Wollongong. “I’ve learned over the past few days that Jason Saab is most likely going to get a release from the Dragons for next year,” Channel Nine’s Danny Weidler told Nine’s 100% Footy. “There is a meeting tomorrow (Tuesday) between his manager and Ian Millward, and that’s likely to see Saab allowed to go and look at one of six clubs.” The Bulldogs, Sea Eagles and Rabbitohs are all options but the Tigers are understood to be the favourite according to Wide World of Sports. The Tigers have some versatile players as well as a couple of specialists capable of playing on the wing but Saab could mount a strong case for a starting spot if he impresses. Saab is currently locked up until 2022 at the Dragons. 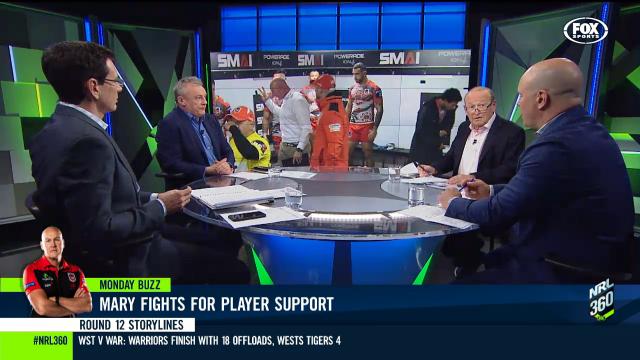 Has Mary lost the players?

Currently sitting in second place, if there is anything the Storm need to boost their chances of lifting the premiership at the end of October it is another outside back. The loss of loan player Paul Momirovski has left a hole in their roster and Ricky Leutele is set to officially be heading to Melbourne to fill the void. The NRL initially knocked back Melbourne’s request to take on Leutele, who was left stranded overseas after the Toronto Wolfpack pulled out of this year’s Super League competition. However, having already made an exception for superstar forward Sonny Bill Williams, the NRL had little choice but to also work to get Leutele over to Australia. The former Shark and premiership-winning centre will quarantine on Queensland’s Sunshine Coast where the Storm are based before being available for selection. 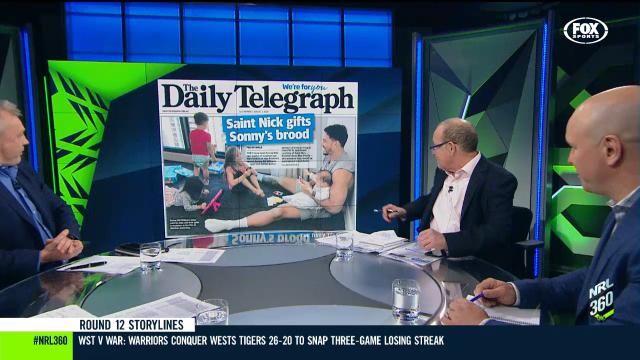