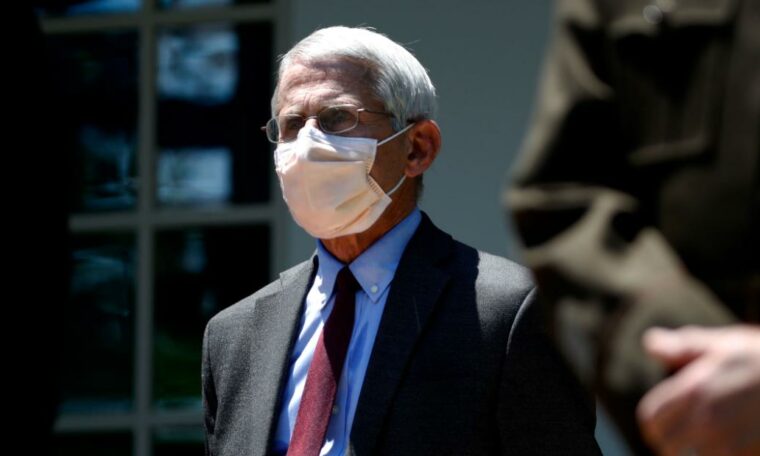 “Then in early 2021, we expect to have a couple hundred million doses,” Fauci said during a live question-and-answer session with the Journal of the American Medical Association.

However, it is still unclear whether the vaccine will be effective against the new coronavirus.

Fauci said the first vaccine candidate, manufactured by the modern biotech company in association with NIAID, should move to a final stage of volunteer testing, known as Phase 3, in mid-summer. Preparations at national and international sites are already underway, he said.

“The real bottom line for all of this will be Phase 3 starting in the first week of July, hopefully,” Fauci said. “We want to get as many data points as we can.”

Phase 3 will involve some 30,000 people. The vaccine will be tested in people ages 18 to 55, as well as in the elderly and in people with underlying health conditions.

“It’s going to be the whole spectrum,” said Fauci.

Fauci said that Phase 2 of the trial began a few days ago. A few hundred volunteers will participate in that part of the test.

The plan is to make doses of the vaccine even before it is clear if it will work, making about 100 million doses in November or December, Fauci said. If it works, it can be implemented quickly.

Scientists should have enough data by November or December to determine if the vaccine works, Fauci said.

The ongoing Oxford University and AstraZeneca vaccine trial in the UK will follow a similar schedule. A handful of other vaccine studies should start just a month or two after that, he said.

“I am cautiously optimistic that with the multiple candidates we have with different platforms, that we are going to have a vaccine that makes it deployable,” Fauci said. He is optimistic, he said, because while the number of Covid-19 deaths is “profound,” people are largely recovering from this disease. Recovery shows that there is an immune response that can kill the virus.

“Which tells us that if the body is capable of giving an immune response to eliminate the natural infection of the virus, that’s a very good proof of concept,” Fauci said. “That said, there is never a guarantee.”

In fact, even with 10 vaccines already in clinical trials and more than 120 more in development, many experts are skeptical that a vaccine will be available early next year. Key testing phases may be delayed, and ultimately the vaccines being tested now may not protect people from the virus. Millions of doses of pre-made vaccines could be thrown away.

Fauci noted that he is also concerned with the durability of the immune response. People develop antibodies to fight the common colds caused by other coronavirus strains, but that protection generally only lasts for about a year. That could mean that people would need a new vaccine every year, as is the case with influenza.

Fauci said there is also a “major boost” underway in programs to develop monoclonal antibodies, convalescent plasma and hyperimmune globulin. All of these treatments use antibodies, such as vaccines, but they are administered directly, provide more temporary protection, and can also treat Covid-19 symptoms.

See also  Video. Rugby 7. Thanks to Anne-Cecil Siobhani for the Blues' record against Australia

Fauci said he would like to see treatments developed using monoclonal antibodies or convalescent plasma that would protect the elderly and those at risk of Covid-19’s worst symptoms.

“That is a very, very high priority,” Fauci said.