Home Top News Mumbai on alert as Nisarga, the city’s first cyclone in more than a century, approaches 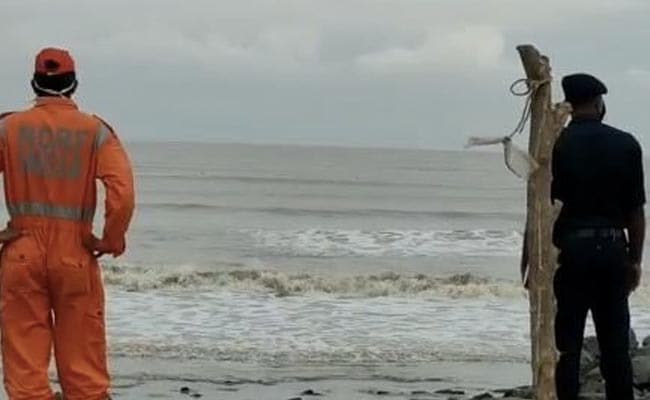 Nisarga will most likely intensify in a cyclonic storm over the next 12 hours.

Tropical storm “Nisarga”, which is heading towards the coasts of Maharashtra and Gujarat, is likely to intensify in a cyclone in the next 12 hours and is expected to make landfall near Mumbai tomorrow. This would be the first cyclonic storm to impact the financial capital of India, which has recorded more than 41,000 coronavirus cases so far, in more than a century.

It may intensify further in a “severe cyclonic storm” in the next 24 hours, the Indian Meteorological Department or IMD said this morning. Mumbai and neighboring districts have been put on high alert.

More than 30 teams from the National Disaster Response Force (NDRF) have been deployed in both states. An NDRF team is made up of approximately 45 people.

“Gujarat has ordered five more teams. For this afternoon, 15 NDRF teams would be deployed in Gujarat and two are on hold. Ten teams are deployed in Maharashtra and six teams are on standby. The evacuation process and the campaign have begun. awareness. ” NDRF Director General SN Pradhan said today.

“Nisarga is a severe cyclone and we expect a wind speed of 90-100 km / h, which I think is negotiable. However, as a precautionary measure, we are going to start evacuating people from the coastal areas of the two states. ” (Maharashtra and Gujarat) “, he had said yesterday.

A storm, as high as two meters above the astronomical tide, will flood the lower coastal areas of Mumbai, Thane and Raigad districts during landing, the meteorological department said.

The fishermen have been asked to return from the sea and the respective collectors of the district have been asked to ensure that there is no loss of life, said a source from the office of the Chief Minister of Maharashtra. Hospitals that are not treating coronavirus patients will be available to those who need medical care, he added.

The storm can cause significant damage to thatched houses, cabins, communication and power lines, and coastal crops, the meteorological department said.

See also  Submarines: In the case of Australia, the return of the French ambassador will help repair bilateral relations

Steps are being taken to ensure there are no interruptions in the power supply at a time when the state is battling the coronavirus crisis and thousands of patients are receiving treatment at various hospitals, the NDRF said Monday.

The tropical storm is expected to make landfall in Mumbai days after Cyclone Amphan killed 99 people in Bengal and affected thousands of people. “The people of those states have shown remarkable courage,” Prime Minister Narendra Modi said during the monthly “Mann Ki Baat” radio address, adding that “India is with Odisha and West Bengal.”