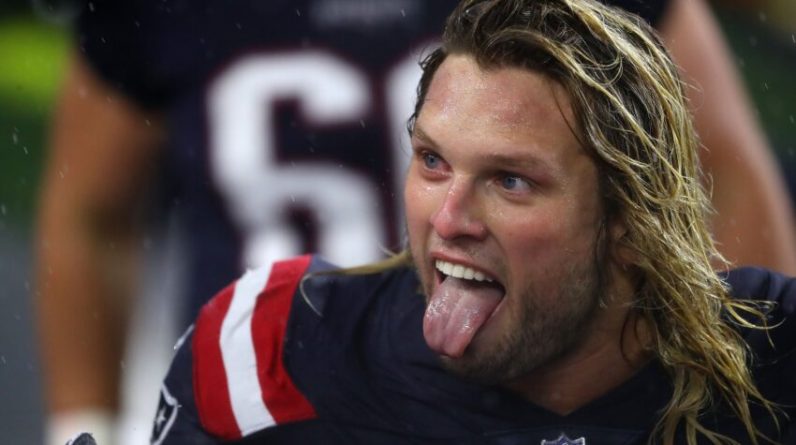 Sixteen thoughts of the Patriots beating the Ravens 23-17

1. Some of us (ahem) needed a lesson more than others, but make no mistake, the lesson has been learned. Even when the opponents of the Patriots appear high on paper and in positions, as if the season has taken an irreplaceable turn and the good times are short, writing a Phil Belich team against any opponent should be like a legitimate demand. The Patriots came out on Sunday night with a 3-5 record, a win (against the Jets, which I believe was inadvertently eliminated from the NFL in 1989), coming in their last five games and facing frequent revenge sent last season. Owner of a right they have not endured in 20 years. It seemed as dark as Foxborough weather with rain and wind, which seemed to be coming out of a “perfect storm”.

2. So what happened? A kind of inspiring team-level achievement that we have seen many times over the last two decades, but this season seemed unattainable. The Patriots went out and played harder than the Ravens and ran the ball down their bumps after a second year (and with a growing sense), with Damien Harris scoring 121 frequent outing yards in 22 innings. Cam Newton ran to one touchdown and threw for another, and the defense brutally blocked Ravens on every occasion. I don’t know if 4-5 Patriots is a playoff team. I don’t know if what they did was consistent. But they were the best team on Sunday, and now we know we can’t confirm all of those early losses: they can beat anyone. They should not always do that. But they can. They can.

3. By the end of the game, the NBC broadcast of ’87 and “Water World” was like a combination of the icy Pierce-Eagles playoff game. This confirmed something else: the Patriots are a terribly ugly weather team. They did not make the basic mistakes that the Ravens made in the rain. Baltimore had at least three bad photos, two of which killed a drive to Mark Ingram in a Wild Gate creation, and the other later got by Lamar Jackson – were very expensive. The match ended in a Ravens abandoned drop that was appropriate. Meanwhile, Newton and the Patriots did not make a turnover.

4. Harris was the No. 1 star of the game, with the Ravens stacking the box with his hard run against the defense, and Patrick may or may not have kept Ray Lewis out in the Queens jersey. But there were plenty of heroes who deserved to sing. Many of Harris’ best runs seemed to come from behind Isaiah Vin and Joe Dune on the left, but the whole line-up set the tone against the Ravens defense, which entered the league with the No. 1 ranking run defense. Now the mayors we have to trust, had a big third and 3 changes late and threw a touchdown pass. Rex Burkehead is a consistent contributor with a total of 66 yards and a couple of touchdowns.

5. Defensively, Chase Vinovich left the dockhouse and was all over the field, with seven blocks and several pressures on Jackson. J.C. Jackson A.J. Locked up Brown – here’s a “Farewell to Hollywood” comedy somewhere – and picked the pass for the fifth straight game. Rookie Kyle Tucker had 12 blocks, forcing a turnover that was not called by my accounting (more in a second). Don’t forget Bander Jake Bailey, who punched twice in the final 8 minutes: the Ravens were 52-yards for 20, and 40 seconds for their 17 for 65 seconds.

6. On Sunday I found that the Patriots had committed more crime than the first half of the second half. The Patriots went 75 yards in four plays, in this order: Harris, 16 yards behind the left guard; Harris 25 yards to medium; Newton to Myers 26 yards; Newton behind the right guard and tackle a 4-yard touchdown run and a 23-10 lead. Sometimes it was hard to come up with big plays this season, which is why it was so interesting to see them get off the field.

7. Jackson led the Ravens on an 11-play, 75-yard touchdown drive to reduce the Patriots’ lead to 23-17 in the final minutes of the third quarter… Or, I mean, it was interesting if you were allowed to continue after the seventh game of the drive. On the third and 9th, Jackson found Mark Andrews for an 8-yard gain, and when reconsidered, Tucker looked like football was loose. Andrews was rejected, and NBC officials expert Jean Strador accepted the decision because former officers could not do it when something was not painful, but Tucker took it when he saw these antique eyes as if the ball was hanging in Andrews’ hand.

8. I’m wondering when Josh McDonnells might take the page from the Tactical Guide, and the former college quarterback mayors can undoubtedly unleash a pass for defense. But I wondered when the Patriots offensive coordinator was going to let Mohammed Sanu, who threw four touchdown passes in eight career attempts – a chance to throw last year, it never happened, so I can’t say I expected the mayors to get him a chance on Sunday night.

9. But he did it, and he seldom took advantage of it, with only a minute left in the second quarter for a 24-yard touchdown and 13-10 lead for Rex Burkhead in the final zone. Meyers is now the Patriots’ No. 1 receiver, but for me, throwing mayors should push them to 2nd place in the quarterback depth rankings.

10. Jacoby Meyers, College Quarterback Things were a little too much on NBC broadcast, however I owe them for their usual excellent preparation of what he threw ready for high school scenes. After Meyers got the right spot to catch and replace Newton Dort in the fourth quarter and take third place, Collinsworth noted that that wide-ranging receiver game was something that emerged from his QB days. He was very close to talking about mayors, he was a mix of Doug Flutey, Cam Newton and Roger Stopbok in college.

11. For those of us who have been shouting for the past few weeks that the hard-running Harris needs more touch, the first series of Patriots is welcome. Harris took the first five games to 21 yards, and the Patriots amassed seven runs in their first eight games within the Ravens’ boundary.

12. Harris went over 100 yards at the start of the third quarter and now has three 100-yard quick games this season. I’m not opposed to Sony Michael – the six DDs he’s scored in the post – 2018 season are counted – but with Harris running like this and Burkehead doing his thing, it’s hard to see what his role will be when he returns.

13. That first driver actually got out when the Patriots got out of the flow. After Newton replaced the fourth and 1st with a blast, he first threw an imperfection, found Burghhead 4 yards out in second, and then took an expensive sack down the third, knocking down Michael Onenu on the right side past Matt Jude, knocking the Patriots out of the field goal line. Those kinds of mistakes – including Nick Folk’s missed extra point in Second Touch Down – didn’t hunt down tonight. The Patriots will not allow them.

14. It took a series to execute the offense of Jackson and Ravens. But the Ravens broke 21, 19 and 13 yards in their second series on a 13-play, 94-yard drive, taking a forward toss from Willie Snead Jackson and invisibly wanting to beat Jonathan Jones 7-0 from 6 yards. Scored on account. It seemed like a long night for the Patriots at the time, but the Ravens could not find that gear often in the rain.

15. The Patriots hit touchdowns in the first quarter of the second quarter, and in interesting fashion, Newton led the Patriots with their second possession in the 7-play, 75-yard run, which culminated with a 4-yard catch and run. Burqhead to build it at 7. Burkhead was acquitted by an average choice behind the tax fraud set up by N’Keal Harry, who is now Kendrick Perkins on Patriot Crime.

16. I appreciate the effort for the shadow, but it’s a little different for me when a team allows a player to be a coin-toss captain against the team he or she plays for. The Ravens did this with Jordan Richards, the 2015 second-round pick of the Patriots, who made a major contribution in 41 games over three seasons, reminding us that Phil Belichic had a poor record in picking up defensive backs in the second round. Should Richards take revenge or should there be something? Maybe he just wanted to salute the patriotic Captain Matthew Slater?