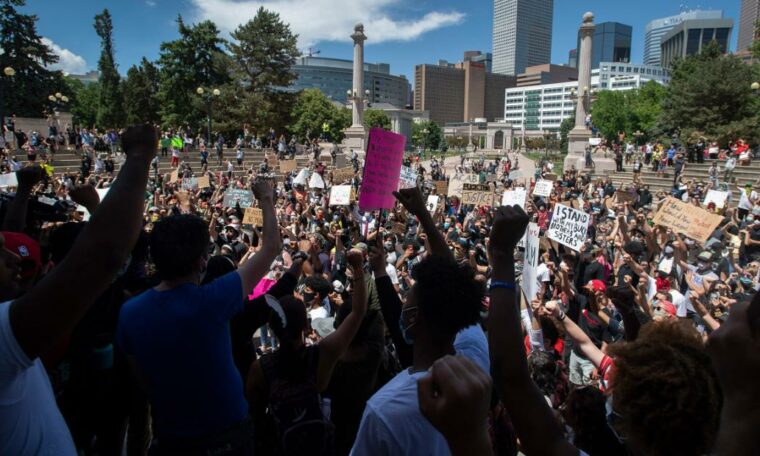 About 50 people have been arrested as protests continue in Minneapolis.

More than 2,500 officers are helping to keep the peace, Minnesota Department of Public Safety Commissioner John Harrington said at a press conference.

This is one of the largest civilian police forces the state of Minnesota has ever seen, he said. But resources are still running out, and it is estimated that thousands of protesters showed up across the city.

“We recognized that we simply did not have, even with the numbers I am talking about, enough officers and personnel to safely and successfully accomplish all of those missions. We choose missions based on our ability, ”said Harrington.

Officers focused their efforts on the center and fifth district area, he said.

A request was made to substantially increase the number of National Guard officers available to bolster the city’s response, Harrington said.

This would be the largest deployment in the history of the state of Minnesota.

“By the end of tomorrow, I think we will have more than 1,700 soldiers supporting the Department of Public Safety in the city of Minneapolis and the city of Saint Paul,” said Jensen.

Jensen noted that people may have heard that President Donald Trump ordered the Pentagon to put U.S. Army units on alert for a possible operation in Minneapolis.

“While we were not consulted on that, I think it is a prudent measure to provide other options available to the governor, if the governor chooses to use those resources,” said Jensen.