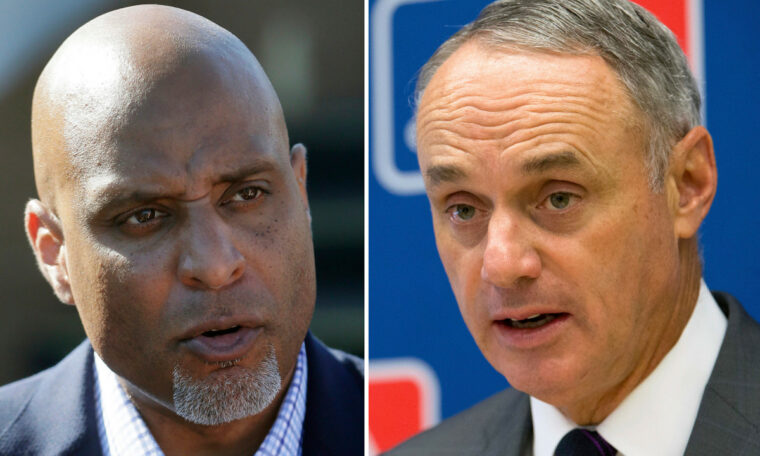 MLB and the players’ association have now exchanged financial proposals, each of which expresses its displeasure at the contrary plan. And while that keeps the parties away from a deal to restart the game, they continue to escalate a war of words.

The players’ association, represented by CEO Tony Clark and chief negotiator Bruce Meyer, delivered its proposal Sunday in a conference call with Commissioner Rob Manfred and his top aide, Dan Halem. The plan called for 114 games (MLB proposed 82) and for players to receive their salaries pro-rated for the games played (MLB proposed a sliding scale where richer players would take the biggest hit and cut wages for everyone).

The parties remain far apart and the best outcome is a deal early next week that could restart the regular season on Independence Day weekend. But there are no signs of real traction. On the contrary.

To that end, Halem told The Post in a text: “The only good news from [Sunday’s] The meeting is that Tony Clark acknowledged that the March Accord provided for another negotiation on player wages if the 2020 season could not be played in front of fans. We were concerned according to media reports if the players knew about it. Tony told us that the players knew that the March Settlement did not solve the problem of player salaries in a season without fans. And he said the players’ decision to accept no less than 100 percent of their prorated wages was due to the risks of playing the season, not because they were promised in the March 26 deal. “

When Clark received that quote, he replied in an email:

“Dan’s quote about Sunday’s meeting is deliberately misleading and inaccurate. We have a compensation agreement that clearly states how players are paid in the event the games are played, proportionally. In fact, the league recently confirmed in writing that, “We agree with the Association that, under the Agreement, players are not required to accept less than their prorated salary.”

“We have never denied that MLB has the ability to go back and try to persuade us to change that agreement based on their economic concerns. They have tried without success. In fact, Rob confirmed [Sunday] that “we can pay him 100 percent of the salary right now.” This is all part of the league’s attempts to negotiate through the media rather than focus on how to return baseball to its fans. “

Where does this leave the sides? Not in a great place. As part of Sunday’s meeting, MLB raised the concept that it could pay players their prorated wages, but that it would only do so for 40-60 games. MLB believes that the March 26 deal empowers Manfred to do so as long as certain economic and health items are covered. The union would respond that the agreement requires parties in good faith to try to play as many games as possible and that a reduction of the initial proposal from 82 MLB games is not in good faith.

There is still no real deadline to restart the season. The players’ plan calls for playing regular-season games through October, which MLB considers unwise for fear that the coronavirus will resurface in the colder fall weather. MLB’s floating concept is to shorten the regular season, which players see as another artificial pose to lower wages. Both ideas would allow the parties to continue negotiating beyond next week.

For now, the negotiations are not bringing the parties closer to an agreement. Their distrust and historical hostilities, not the solutions, currently dominate the relationship.