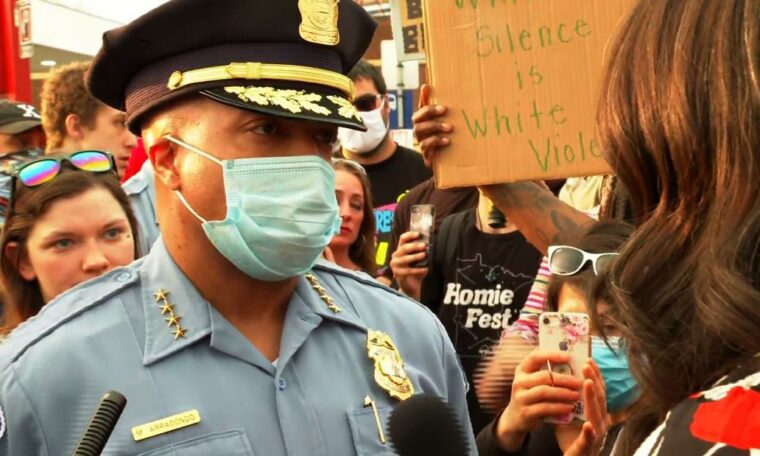 In 2007, five black Minneapolis police officers alleged that the city leadership tolerated discriminatory conduct against people of color, including African-American police officers within the department, according to a complaint.

The officers filed a civil lawsuit based on “their own experiences in the force since they were recruited training through their current states at the time of 2007,” attorney John Klassen, who represented the officers, told CNN.

The officers experienced their own individual “job discrimination” and at the same time “watched the actions of white officers against citizens of color every day, every week, every year. They had to stop and look and read and listen and not see no action, effective action, taken against those officers for what they strongly believed were constitutional violations and discrimination in the Minneapolis police against citizens, “Klassen said.

Black officers were disciplined more harshly, according to complaint

African-American officers were disciplined “harsher and more frequently than … white officers for comparable or more serious misconduct,” the complaint said.

“African American officers have been regularly disciplined and have lost command posts and other assignments for alcohol related offenses,” the complaint states. “In contrast, the complaint says that a white sergeant with two alcohol offenses was recently promoted to the rank of lieutenant.”

Several white officers were involved in what was described as “serious misconduct,” which included “supplying narcotics and alcohol to underage strippers … DUIs, discriminatory remarks about citizens of color, and other conduct that warrants investigations of internal affairs. ” the alleged complaint.

But the complaint said those officers were not subject to the same severe disciplinary measures as their black colleagues.

The case was dismissed in 2009

The case was dismissed in May 2009 after it was settled out of court for more than $ 800,000, Klassen said. He did not have the exact amount of the settlement available and was out of his office due to the Minneapolis riots.

“Police departments in Minneapolis … are very difficult institutions to change overnight,” he said, citing the influence of the police union. “Small steps should not be overlooked if they continue to advance over the course of many years.”

There were no corrective actions or admission of responsibility with the deal, but Klassen said the transitions to new leadership in the department, including Chief Arradondo, and the “change in leadership of the city mayor’s office has led to what appears to be an increase in recruitment. ” minority officers. ”

A Minneapolis city spokesperson told CNN that “the city’s efforts this weekend are focused on public safety and cleanup,” and a statement could not be made at the time of this alert.

Minneapolis PD is again under scrutiny

The Minneapolis Police Department is again faced with questions about its treatment of people of color after Floyd’s death at the hands of the police.

Last week, Floyd, 46. he begged for his life while former Minneapolis officer Derek Chauvin remained kneeling on his neck for nearly nine minutes. Three other officers who were on the scene did not intervene.
Floyd’s death has sparked protests across the country, with thousands echoing some of the man’s last words, “I can’t breathe.” Some of those demonstrations were peaceful, while others ended in flames, widespread looting, damage, and hundreds of arrests and injuries.

In an emotional response to Floyd’s family Sunday night, the Minneapolis police chief said in his mind that the four officers involved in the black man’s murder have the same responsibility.

“Mr. Floyd died in our hands and that’s why I see that as an accomplice,” Chief Arradondo told CNN’s Sara Sidner. “Silence and inaction, you are complicit. If there was a lone voice that would have intervened … that’s what I expected.”

The four police officers involved in Floyd’s death were fired from the department on Tuesday. Chauvin was charged on Friday with murder in the third degree and involuntary manslaughter in the second degree.