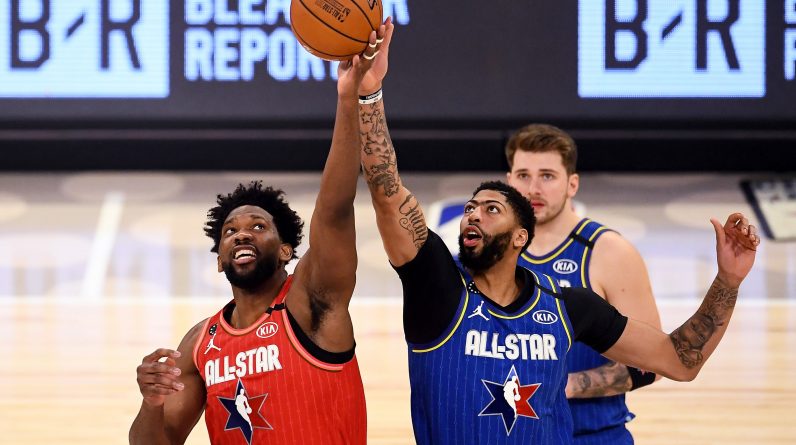 The NBA All-Star game has been contested for more than 70 years, thrilling fans despite being a mere exhibition match.

As All-Star weekend is approaching fast, it will be a nice change for viewers to see their favorite players lining up in different colors and not representing their teams logo. All-Star weekend has been around almost as long as the NBA has and it is a part of the program’s history. This will be a nice distraction from the normal season, and who doesn’t love to see a slam dunk? This Is Cleveland explains how it returns to its city in 2022, taking place at the Rocket Mortgage FieldHouse and other locations across the city. It’s a huge boost to the local economy and a fun weekend that all NBA fans look forward to immediately after the winter draft.

The games are usually high-scoring, fun affairs. An NBA infographic by Bwin Sports details that the last ten have produced an average of 323 points scored, more than 100 more than the average regular-season game. There are always thrills and spills as the best players from across the NBA come together in what is essentially a celebration of everything brilliant about basketball in the US.

Which games have stood out in the past as the best of the best? We’re not going to go back seventy years; we’d be writing all day! Instead, these are the best three NBA All-Star games of the current century.

Back when the game was solely east against west, the 2006 game took place at the Toyota Center in Houston. LeBron was a fresh-faced 21-year-old making his first All-Star appearance, and in doing so, became the youngest-ever All-Star Game MVP. The game itself was a tight affair, one of only three since the turn of the century to be decided by two points or less. James’ efforts certainly made a difference; he finished with 29 points, six rebounds, two assists, and two steals as the East won 122-120.

See also  The pastor was accused of covering up sexual abuse

The All-Star game always draws a big crowd, but in 2010 it drew a huge crowd; 108,713. The venue was Texas, the Cowboys Stadium, and supporters flocked there to witness LeBron put on a strong show once again. He was overshadowed somewhat by Dwyane Wade, who finished as the game’s top scorer with 28. That included 11 assists, six rebounds, five steals, earning him his only All-Star MVP. It was another close one; like in 2006, just two points separated the winners (East) and the losers (West).

For so long, the All-Star game was all about East against West, but in 2018 they switched things up. The experiment wasn’t a success, so they added the Elam Ending, a new format in which the first team to reach a certain score in an untimed fourth quarter. Poignantly, a 24-point lead was chosen in honor of Kobe Bryant. It pitted LeBron against Giannis as team captains, and is generally held as the greatest All-Star game ever. There were nine first-timers on the court, with Kawhi Leonard taking the first-ever NBA All-Star Game Kobe Bryant MVP Award. He achieved 30 points, seven rebounds, four assists, and two steals as Team LeBron snatched a 157-155 win.