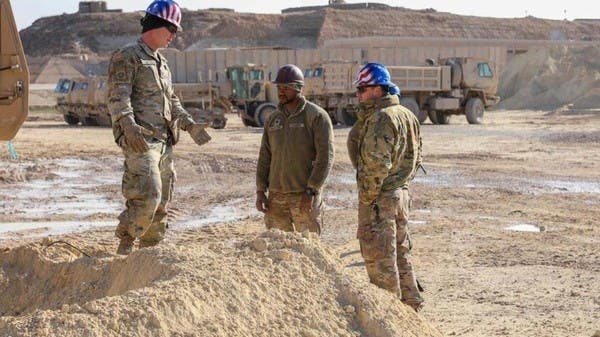 Sirens sounded in the basement Ain al-Assad Al-Jawiyah, Iraq’s second-largest base, was hit by a missile at noon on Monday.

Al-Arabiya / Al-Hadat correspondent reported a missile attack in the north of the country in which a missile landed.

Local media reported that a Katyusha missile was aimed at the Ain al-Assad air base, but it landed near a residential area in the eastern al-Baghdadi district of Anbar province.

In turn, the International Coalition confirmed that there were no casualties in the attack.

In early March 2021, the official Iraqi news agency reported that 10 Katyusha rockets had fallen on the city. Ain al-Assad siteIt was provided by US forces, international coalition forces against ISIS and some Iraqi military forces.

The US “Politico” website also quoted US defense officials as asking for anonymity after the attack. Support from Iran Or a group affiliated with it attacked the Ain al-Azad air base last March.

US: Our presence in the region is blocking Iran

The attack comes after US Federal Commander General Frank McKenzie confirmed that the Middle East in general is part of a fierce rivalry between the major powers, emphasizing the importance of supplying arms to regional countries.

He also noted that the US presence in the region prevents Iran from attacking, and that US forces are ready to respond quickly if Iran makes any negative progress.

Yesterday evening, on Sunday, the Associated Press reported that Tehran’s allies in Yemen were attacking Saudi Arabia with ballistic missiles and marches, and that the integration of Saudi and US patriotic organizations was essential for early warning.