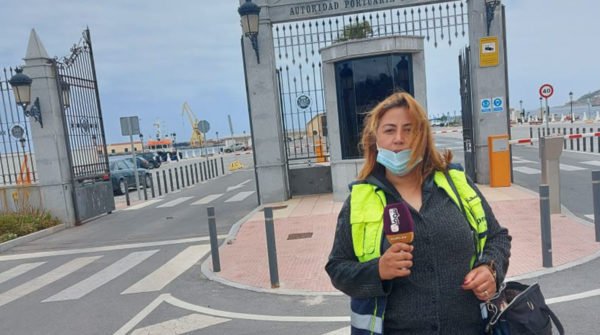 Fatima Zahra Rajmi, a journalist with the Moroccan-based Soup TV, was released by Spanish police in Ceuta at the end of Friday, after which she arrested the woman after she had been at the scene for several days. This includes the border situation in the context of the influx of several thousand people from Morocco. According to local Spanish media Ceuta lighthouse, He was arrested on the orders of the Almeria Criminal Court. He was transferred to this jurisdiction to report the suspension of a decision issued against him. He was later released.

Earlier today, a Spanish civilian journalist was arrested. According to the same media, Fatima Zahra Rajmi, who carries the Spanish nationality, “Spread the lies” which would have annoyed the townspeople. The local news site said the journalist was arrested not because of information about the events, but because he was “wanted by a Spanish court on suspicion of involvement in a crime”.

The same source said that before he was arrested, the journalist had visited various places in Chyota in the last few days. He is said to have interviewed a large number of immigrants, “spreading lies” and “questioning the conduct of the Spanish security forces and their services.”

During her briefing on the events, Fatima Zahra Rajmi allegedly said that Spanish agents had “raped Moroccan women”. Apparently angered the local Spanish authorities, he repeatedly called the city occupied, Advance SoufTV. On social networks, calls have been launched for his release.

In Morocco, the SNPM is advancing to the plate

The National Union of Moroccan Press pointed out that the journalist was arrested as he was preparing to leave the venue in the direction of Al Jazeera in order to cover up the sit-in protest in front of the Moroccan embassy. According to SNPM, Fatima Zahra Azmi was handcuffed and taken to a police station, where she was later remanded in custody.

Although the Spanish media linked his arrest to an investigation unrelated to his security, the SNPM reported the opposite. He noted the use of the occupied city’s competent utilization and the Spanish police’s focus on the abuse of immigrants. The union “challenged the arbitrary arrest, which reflects the closeness of the colonial authorities to anyone condemning the gross violations and abuses committed by the security forces and elements of the Spanish military against the rights of those entering the country.”

At the same time as demanding the release of the journalist, the SNPM underscored the “lack of respect for press freedom and the freedom of expression of these officials and the restrictions on the work of journalists, for fear of formally denouncing rights violations. Minors.”

Prior to the release, SNPM had announced that it had approached the International Press Association with a press release. He said he was ready to contact Spanish press associations to join the campaign.