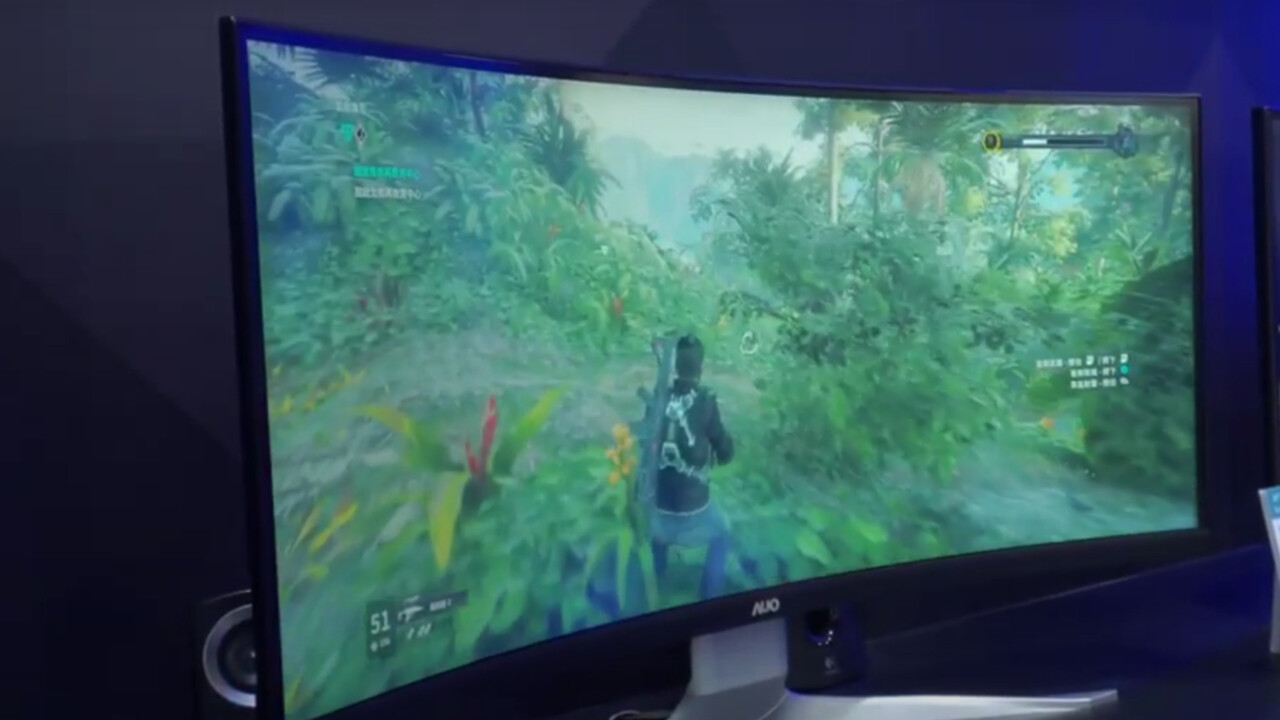 So far, the 1 meter (1000 r) curve radius is considered the strongest curve in the displays of gaming monitors. But the AU Optronics (AUO) Display Week 2021 shows that things could be even more perverse: a 34-inch display with UWQHD and 165 Hz, which is curved with an even shorter radius of 0.8 meters (800 r).

After all, more immersion, i.e. a bigger “right sense in the middle”, is now aimed at ensuring that the curved image surface of wide curved monitors is played. The lateral edges of the image move closer to the user’s natural view, which reduces the required head and eye movements, especially with very wide shots.

AUO wants to be first in the curved 800R

At the current parade of AUO gaming displays at the SIT Display Week 2021 trade show (see video below), the authors observed a 34-inch curved monitor with a screen about 0.8 meters in circumference, curved according to the “800R” information. So far, the 1000R brand (1 meter) is considered the strongest curve for PC monitors, as Samsung first introduced it with the introduction of the Odyssey series. It also features the recently tested MSI MPG Artemis 343 CQR1000R curve.

The 800R curved display from AUO has a resolution of 3,440 × 1,440 pixels (UWQHD) in 21: 9 format. Renewal rate 165 Hz and response time (GTG) 1 ms. However, so far, the authors are not aware of any final product based on this group. A nameplate with more sensitive data is harder to understand in video, but a VA panel is quite possible if the editors are not mistaken for a contrast ratio of 3,000: 1.

The idea of ​​an 800R curved monitor is not new. After a brief research, an article from 2015 was quickly found, including a 42-inch monitor JCV42WLONN Presented by JNM Display, a South Korean company. The LCD panel of the 25kg full HD monitor with touch functionality is also said to come from AUO, but it is not a gaming product.

A AUO Display Website The 800R also has a reference to the 55 “UHD display, so it has a TV design.