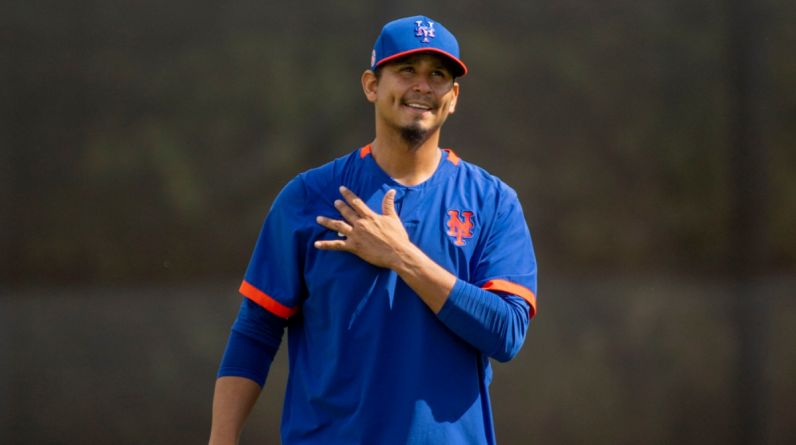 After being sidelined by elbow pain, New York Mets pitcher Carlos Carrasco has unfortunately suffered a new injury that will prevent his team from starting the regular season at the same time.

In fact, he will have to undergo magnetic resonance imaging of the right femur to determine the next steps in his recovery.

Apparently, we don’t know when he will be able to return to the game, but at 34, the Mets will certainly be very careful to finally add him to the 100% list he bought from the Cleveland Indians. In the Francisco Lindor transaction.

As often happens, one person’s misfortune causes another’s happiness. Karasco should be the Mets’ second starter behind Jacob Dickrom. So the New York cycle will be reversed, and Joey Luccesi will get the fifth starting position.

Levels two to four will be filled by Marcus Stroman, Taiwan Walker and David Peterson.

In fact, left-hander Luciசிs made his first start from spring camp against the Miami Marlins on Wednesday.

Jordan Yamamoto may also confuse the issue. However, he is more likely to be sent to the team’s alternative training base while waiting for his chance.