Home World “Russia buys Europe.” Kravzuk explained why the United States should support the entry into the “Norman format” of negotiations 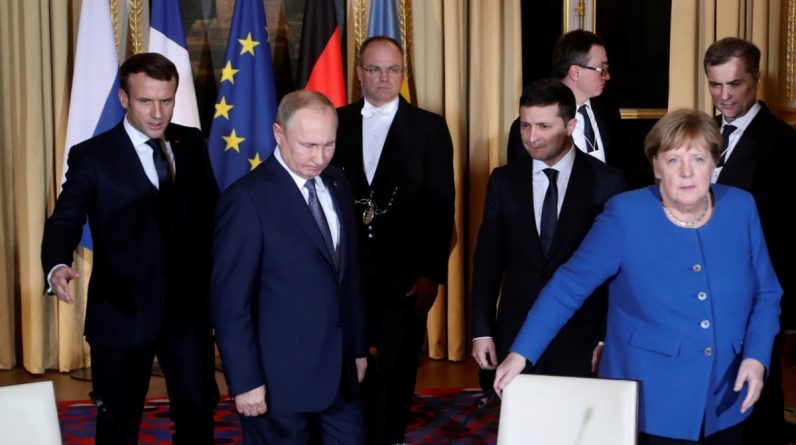 The head of the Ukrainian delegation to the Tripartite Liaison Committee, Leonid Kravzuk, the first President of Ukraine, said he supported the idea of ​​expanding the “Norman design” at the expense of the United States. In an interview with Radio Svoboda, Kravzuk said the presence of a US-like participant in the talks would “strengthen the backbone” of the talks.

“I do not want to offend Europe, but Russia is not listening to Europe. It has already bought many, including former presidents … Russia is buying Europe. In this case, I think the United States is in the reserve design. (Norman – Ed.“Russia will strengthen the backbone of this organization and realize that it is one of the strongest and most powerful countries in the world, and that must be taken into account,” Krauchuk said.

He noted that the expansion of the negotiation process required the consent of all its stakeholders, but that, according to Kravz, Russia had no reason to deny US participation in the negotiations.

Initially, the US envoy took part in talks to resolve the Donbass situation peacefully, but later recalled that the United States withdrew from the negotiation process.

“As you know from history, the first meeting was in Switzerland, not in Minsk Geneva format. The Secretary of State of the United States attended the Geneva event. But then Putin was able to get the finger around Poroshenko and others, and they prove to the same United States that we can do it without you. This is the biggest mistake. And if it starts with the contribution of the United States, it can continue. “

At a meeting in Minsk on February 12, 2015, the leaders of Germany, France, Ukraine and Russia agreed on some steps to implement the Minsk Accords in the form of the “Quartet of Normandy”. Its 13 points help a gradual end to the armed conflict and the return of some districts of Donetsk and Luhansk to Ukrainian control. Currently, there are no such comprehensive settlement documents in Donbass. All negotiations to prevent the Russian occupation of Ukraine begin with the Minsk Accords.

The last leaders of the so-called “Norman Four” – Ukraine, Germany, France and Russia – Met on December 9, 2019 in Paris.

The armed conflict in Donbass has been going on since 2014 after the Russian occupation of Crimea. Ukraine and the West accuse Russia of armed support for militants. He denies the Kremlin’s allegations and says only Russian “volunteers” can be in Donbass.