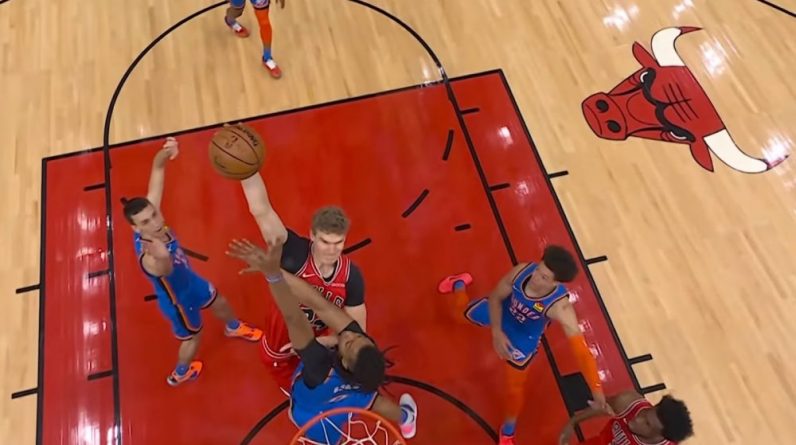 At breakfast, before going to work or in the back of your bed, find the top 10 places designed by the NBA in Trashtalk Sauce.

# 10 : Shay Kilgius-Alexander sends the same float on our cadet team.

# 8 : Open Day for the Protection of Wolves: LeBron takes this opportunity and finds nowhere even interested in ballet dancing.

# 7 : Kenyon Martin Jr. is a major concern in global warming. Having said that, there might be a way for a plane or two to jump from such a height.

# 5 : Here, Thaddeus Young gives the news and releases a nice cracker after a drive to the shoulder. Spectacular, but not enough to make such a big deal as this Ricken voice over.

# 4 : Top 10 places Tomas Sodoranski? Yes, but because of his favorite field: a good alley-off pass to Zack Lavin, who immediately gets his right hand back.

# 3 : Kenyan Martin Jr. returns this time with very bad intentions: a big bag in the back row and a bad hawk in the photo.

# 2 : Cons, we ‘ve seen a lot, but it’s like… Jared Allen flies to deny access to a Kendrick nun with the same confidence as Patrick Sebastian in a TV set.

# 1 : We must act and remove Moses Brown from the NBA, the question of mental health. The center of the Thunder is found in the turnip every morning: Larry Morganen drives and finishes the pear inside. Health Marion!

Below this for pictures, you need to click. Us? We start to do the tour, so let’s quietly take a nice step forward before continuing. See you soon? See you soon.