Home World Egypt: 12,350 buildings demolished by the military in the Sinai (HRW) 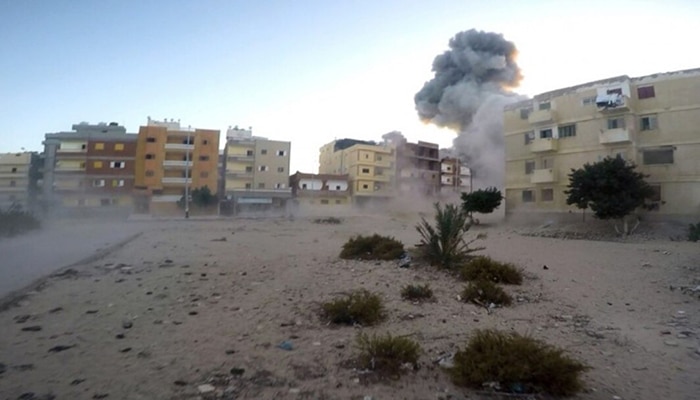 “In the last seven years in northern Sinai, the Egyptian military has illegally evicted tens of thousands of residents and destroyed their homes, farms and livelihoods,” said Joe Stork, deputy director of the department. Quoted from North Africa / Middle East to HRW. In the press release.


The Egyptian security forces have already accused the NGO of committing “war crimes” in Sinai in 2019. Allegations dismissed by Cairo.

About 12,350 buildings were destroyed by the armed forces in 2013 and 2020 in the northern Sinai capital, al-Arish, according to the NGO, which relied heavily on official documents and evidence collected with the Sinai Foundation. For human rights.

The military has “destroyed, destroyed or refused access” to about 6,000 hectares of farmland around the Rafah crossing on the border with al-Arish and Gaza. HRW relies on satellite imagery to confirm the accounts of eyewitnesses.

He said the army’s goal was to create a buffer zone around the al-Arish airport.

According to the charity, the demolition was “a violation of international humanitarian law or the law of war, and a possible war crime.”

Human rights groups say Egyptian authorities have not responded to calls for the demolition.

Egyptian forces have been working for years to end the uprising on the Sinai Peninsula, led by a local branch of the Islamic State (IS) group.

Moreover, since February 2018, they have been leading a nationwide operation against Islamist militants, mainly focusing on the northern Sinai and western deserts.

See also  In a few days ... where and when will the Chinese missile fall? Assembly a

Cairo has said in the past that destruction and evictions are necessary in the fight against ISIS, despite the lack of official information about the Sinai conflict and the limited resources available to journalists in the region.

With regard to compensation for residents, HRW determined that the process was “opaque” and “slow”.

“Thousands of people have never been registered or are still waiting to be compensated” and many have no choice but to build “basic” huts, the report said.