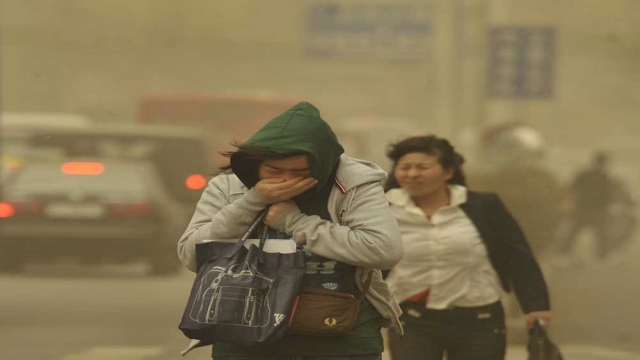 The sandstorm, described as the strongest in a decade, spread across northern China on Monday. Authorities in Beijing issued a yellow alert and also warned of severe vision difficulties.

Pollution in the Chinese capital reached “dangerous” levels, with strong winds bringing sand from the northwest of the country.

This morning, the Chinese Meteorological Agency issued a yellow alert, indicating that about 12 provinces have already been affected or will be affected. It will turn the storm into a strong sandstorm in ten years, as well as covering a very large area.

According to Chinese media, Beijing airports had to cancel more than 400 flights.

Spring is the time of sandstorm in northern China. Strong winds carry sand and fine dust from the Kobe Desert and Mongolia to industrial areas.