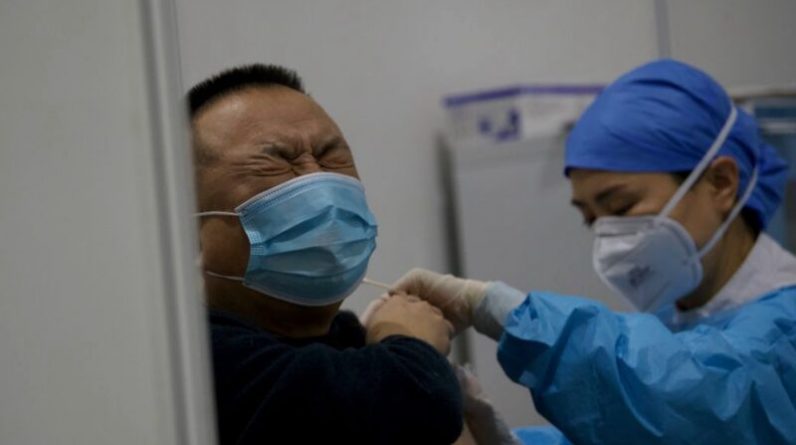 New Tang DynastyBeijingTime March 11, 2021]Beijing government launched a few days agoHome vaccinationService, but a lotBeijingPeople are worriedDomestic vaccineVaccine safe and refuse. Some citizens bluntly said, “We will not fight, even if it is free of charge.”

Ms Zhao, who lives in Beijing’s Chaong district and is involved in legal work, told The Epoch Times reporter, “We are not going to fight whether it is paid or free. Because our physical condition is so bad, get this vaccine if we go, we worry about ourselves, there will be abnormalities in the body, so we can not fight. “

Ms Zhao said the community had posted a vaccination notice on the elevator wall. The announcement said you will not be able to drink or take a shower after the vaccination. She realized that she could not even take a bath by herself after getting a vaccine, in fact there was no need to get a vaccine.

He said he had never heard of neighbors or friends who went to be vaccinated after the announcement.

He said there are numerous contraindications, low efficiencies and opaque reports of adverse reactions to domestic vaccines. Authorities have rushed to launch the vaccine, which is actually opposed by many in the community.

Student Wang said, “Although I’m free to call you, I will not call you.

“Eliminating the epidemic on China’s mainland is also a political solution. In fact, as far as I have learned, it has not been interrupted, but it is difficult to say how much,” he said.

A legal doctor in Beijing, Mr. Wu revealed that none of those around him or anyone he knew would be willing to pay for domestic vaccines in the future, even if they were free.

Mr. Wu said, “No one knows what side effects this vaccine causes. Especially for ordinary people, like me who don’t have medical insurance, I definitely wouldn’t take it. What if there is a problem ?? nothing. Those I know are willing to be vaccinated. “

Mr Wu also stressed that it was impossible to believe the CCP government was covering up the Wuhan epidemic. “In early 2020, the relevant disease control departments, including the Wuhan, Hubei local government and the National Disease Control Department, deliberately concealed the epidemic. There was no official news for me and my friends in the legal field who knew me. To believe.”

He said, “There were many cases even during epidemics, and because it was such a major public health incident, local governments and disease control departments dared to cover up maliciously, including unrelated public safety intervention. It’s kind of like you dared to do this, you think about it, and then any news about the epidemic coming out is not credible. Once it loses its credibility, any information released in the future will be unreliable. “

Mr. Wu, now those in China’s mainland can only ask in self-defense, “Only you can protect yourself, you can do it yourself. You can not trust the government. The first thing their officials consider is to defend their official position. All about him to defend his official position, about him. Everything is shown to his superiors by his so-called political achievements. In their eyes, there are no ordinary people. “

The CCP has been involved in vaccine diplomacy, but the safety of domestic vaccines has been questioned by the outside world. Peruvian media revealed last week that the vaccine developed by Beijing Biological Products is undergoing third phase clinical trials in Peru, but the effective rate is only 11.5%. As of February 28, 56 people worldwide had died from the Kexing vaccine made in China, according to the Hong Kong Department of Health.

Currently, only 3.56% of people in China are vaccinated, much less than in the United States, Britain and Europe. Fa Kwang’s statement stated that neither Ji Jinping nor Li Keqiang had received domestic vaccines and that they had “not stretched out their hands”.