Home World At least 39 migrants were killed in two shipwrecks 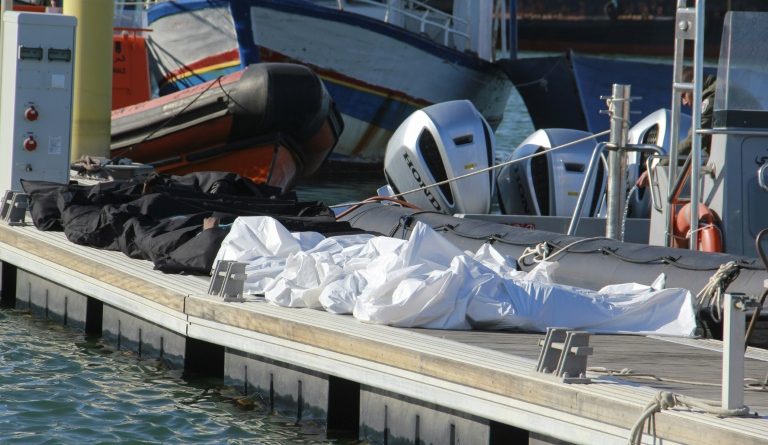 At least 39 illegal immigrants were killed Tuesday in the sinking of two makeshift boats from Tunisia and more than 160 people from various African countries have been rescued as concerns about the rising number of voluntary charities departing.

These deported candidates left at night and tried to reach Europe illegally. They were spotted by the Coast Guard from Sfox in eastern Tunisia.

The Tunisian Maritime National Guard has rescued 165 migrants and 39 bodies, according to a recent report by the Ministry of Defense.

Last year marked an increase in this type of departure in the Mediterranean, which is the worst migration route in the world for candidates to be deported to Europe.

Despite the harsh weather, these boats continue to sail every day.

From January 1 to February 21, the United Nations High Commissioner for Refugees (UNHCR) reported that 3,800 migrants arrived in Italy illegally by sea, including nearly a thousand through Tunisia and 2,500 through neighboring Libya.

In 2021, “the increase in departure from Tunisia continues,” underscores the Tunisian Council for Economic and Social Rights’ Romaden Ben Amore.

The Tunisian human rights NGO estimates that 94 boats have been detained since the beginning of this year, and that 1,736 people have been arrested before going to sea, more than double the same period of the previous year.

As is often the case in winter, when crossing is very dangerous and a little low, the rate of foreign immigrants is relatively high.

In January and February, 54.9% of those arrested were from sub-Saharan Africa, according to the NGO.

Nevertheless, the UNHCR says the Tunis were the first nationalists to come to Italy illegally, 12,000 of whom landed in 2020.

But the FTDES reports that the rate of foreigners leaving Tunisia has increased over the past two years. The NGO takes this as evidence that 30% of the 13,000 people arrested in 2020 for illegal immigration were from sub-Saharan Africa, up from 8 to 11% from 2011 to 2016.

Most of the actors on Tuesday are from this part of Africa.

Twenty-two immigrants from various African countries who had left CD Mansour (east), not far from Spox, went missing in February, and 25 were rescued by the Tunisian navy about 100 kilometers northwest of the Italian island of Lampedusa.

In January, the same navy detained fifty migrants off the Tunisian coast, including four Tunisians, others from sub-Saharan Africa, and CD Mansour.

“This increase is related to the deterioration of the social situation, especially epidemics,” he said. Ben Amore estimates.

Health restrictions on hazardous work have wreaked havoc on immigrants in Tunisia, and the political crisis leaves little room for short-term social development.

The International Organization for Migration says more than 1,200 migrants died in the Mediterranean by 2020, most of them on the central route.