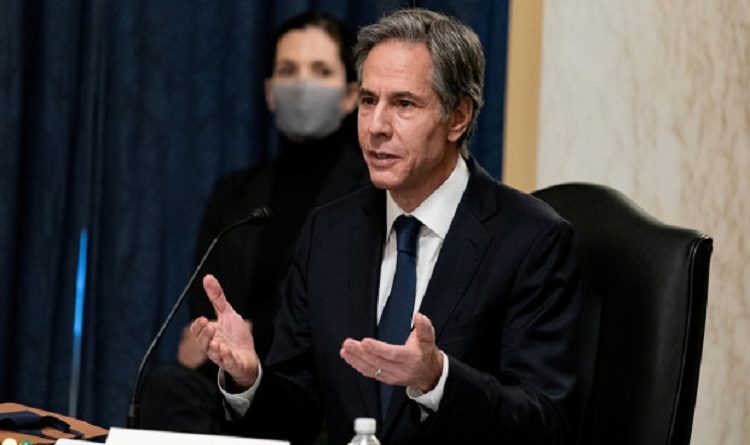 The United States has said it is interested in negotiating with Iran when it returns to a nuclear deal signed six years ago. A joint statement from France, the United Kingdom, Germany and the United States on Thursday said Washington was “ready to talk” with Tehran. The statement came after a video conference between the foreign ministers of three European countries and US Secretary of State Anthony Blingen.

The Joint Comprehensive Action Plan (JCPOA), signed by Iran with six world powers in 2015, promised to lift sanctions on Tehran on the condition that it suspend its nuclear weapons program. Newly elected US President Donald Trump ousted Washington from the deal three years ago and re-established all previous sanctions on Iran. Later, Tehran also began violating the terms of the agreement.

Joe Biden’s new administration has expressed interest in returning to the nuclear deal; That interest was reflected in a joint statement issued by the four countries on Thursday. “If Iran agrees to abide by its obligations to the JCBOA, the United States is ready to abide by its commitment and is ready to talk to Iran about it,” the statement said.

In response, he said the United States should take the first step to save Iran’s nuclear deal. On Twitter, Iranian Foreign Minister Javad Zarif said: “Instead of seeking diplomacy or imposing sanctions on Iran, the three European countries, or the European Union, must abide by the agreement and put an end to economic terrorism in Iran.” Our reactions were in response. If you are afraid of it, take back the reasons behind it (reaction). We will respond according to your arrangements.

See also  What is happening in the United States? - Republicans vote again on Transphobic legislation

Although the three European countries, Russia and China, have taken various measures to defend the agreement, they have failed because of Washington’s reluctance under Trump. Following Biden’s victory in the US presidential election in November, new hopes were raised for a nuclear deal with Iran. A Biden executive has pointed out that Washington will respond if any European country starts talks between Iran and the six world powers. “We are ready to go there if there is any such meeting,” he said.