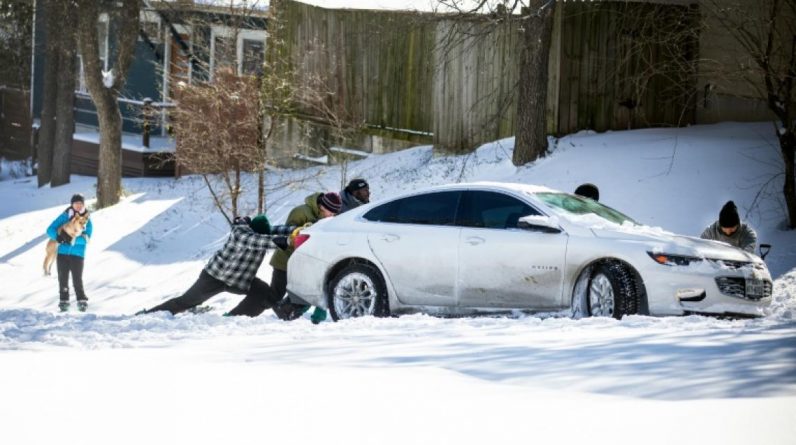 Millions of Americans were without electricity on Wednesday, following a severe and sometimes dangerous cold snap that swept across large parts of the United States and into Mexico.

The temperature drop in this southern state of the United States, little or no prepared to face such a cold, has pushed power suppliers to chain part cuts since this weekend, in order to avoid overheating the entire system due to increased demand.

“I ‘ve been spending the second night without electricity in cold weather in southeastern Texas for more than 30 years,” Wes Wolf, a reporter who lives on Jackson Lake near Houston’s largest city, tweeted Tuesday night.

“I eat half a falafel wrap for dinner in the light of my computer screen, before I get under my cards, to which I add my coat.”

More than 2.5 million homes and businesses in Texas were without electricity as of Wednesday morning, according to the site poweroutage.us, which lists power outages in the United States.

Power shortages caused by increased demand have led to the closure of many gas-fired power plants and wind turbines due to freezing conditions.

According to the American media, more than 20 deaths have been linked to bad winter weather, and officials have urged Americans to be vigilant.

The American Red Cross has opened 35 centers in Texas.

Texas is not out of the woods: The U.S. Meteorological Service, National Weather Service (NWS) has warned that there may be more snow there, which expects temperatures to be below seasonal regions until Saturday, from Chicago (north) to Houston and part of Mexico.

The NWS reported that up to 73% of the United States was covered by snow from Tuesday to Wednesday night, with the exception of Hawaii, Alaska and other areas not connected to the continent. A record since these activities began in 2003.

Bad weather forced many businesses to close. More than 300 stores in the Walmart supermarket chain were closed as of Wednesday morning, according to the company’s updated map.

The NWS explained Monday that this “spectacular cold that hits the United States is combined with a very active low temperature with an Arctic high carrying frost temperature and rainfall waves”.

Three people were killed and ten were injured when several hurricanes made landfall in the southeastern United States of North Carolina Monday through Tuesday night.