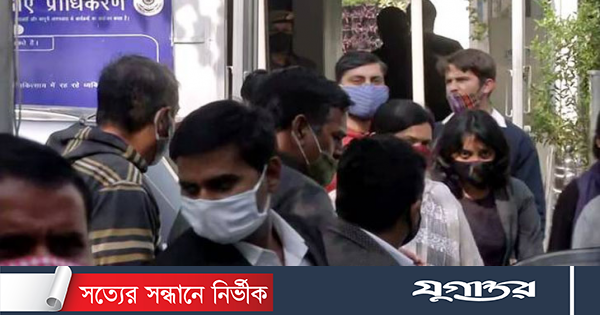 The arrest of a female environmental activist in the wake of Delhi’s farmers’ movement has sparked outrage in India.

Disha Ravi, a resident of Bangalore, has been arrested by the Delhi Police for using the ‘tool kit’ of internationally renowned youth Greta Dunberg in support of the farmers’ movement.

The whole of India is agitated over the arrest of this relentless activist of the environmental movement.

Delhi Chief Minister Arvind Kejriwal has also spoken. He said it was an unprecedented attack on democracy.

Disha was arrested on Saturday from Bangalore and brought to Delhi by the Cyber ​​Crime Suppression Branch of the Delhi Police.

He has filed a complaint against him and has produced and distributed a document aimed at assisting farmers who have been protesting against agricultural law for the past three months.

Disha edited and distributed a set of tools made by Khalistani activists.

Police say Disha Robbie was one of the key conspirators behind the creation and distribution of a document known as the ‘Anti-Toolkit’.

Disha, who denied the allegations, told NDTV that he did not create the toolkit. Edited two lines.

Dina’s release was demanded by Meena Harris, the daughter of US Vice President Kamala Harris’ lawyer and Kamala’s sister.

Asked why the Indian government had repeatedly targeted the protesters, he demanded Disha’s release.