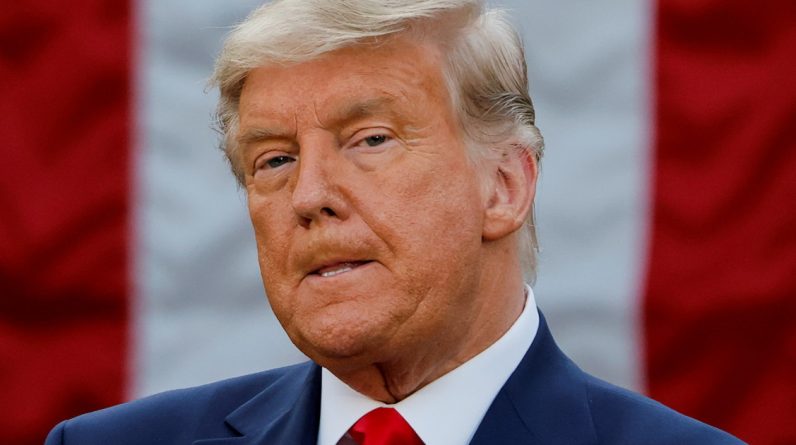 Former President Donald Trump is said to have had a telephone conversation with Kevin McCarthy in the House of Representatives during the attack on Congress.

In the conversation, McCarthy reportedly insisted that opponents were Trump supporters and begged Trump to stop them.


However, Trump refused to ask the protesters to stop attacking Congress, in response to:

– Well Kevin, I think these people (protesters, author’s note) are more upset about the election than you are, according to the Trump Channel.

McCarthy is said to have been cursed in Trump’s opinion, to which he responded:

– Who do you think you are talking to?

The conversation between Trump and McCarthy has been described as a “screaming war” that was very ambiguous and insults were used.

McCarthy had previously said the conversation had taken place.


Speaking to the channel, Republican members of Congress believe that Trump has no plans to ask protesters to stop the attack.

“You have to see what he did during the attack to confirm where his thoughts were,” Herrera Beatler, one of the ten Republicans in the House of Representatives who voted to question Trump, told CNN.

CNN could not get feedback from McCarthy or Trump.

On Friday, Trump’s defenders presented their arguments. Shortly before the congressional attack, Trump delivered a speech in which he asked supporters to march against Congress. But that doesn’t really make sense, defender Michael van der Wein said Friday.

“Nothing in the text can be construed as encouraging, tolerating or inciting illegal activity,” he said.


The relationship between McCarthy and Trump has generated reactions before.

After the attack, McCarthy blamed Trump for the attack, but only a few weeks later visited Trump in Mar-e-Lago.