Home Technology Do you use Teams, Office or Outlook on your phone? These gadgets will soon see some nice changes 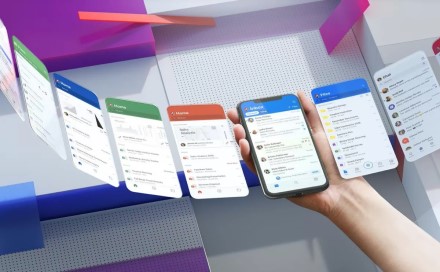 To make the mobile experience more comfortable, Microsoft promises to add new features to all its gadgets and announces this in its latest announcement. Starting from the Outlook email app, the iOS version of the app will soon have voice control with the help of artificial intelligence with Cordana. The new feature includes email, calendar and search, and claims that Microsoft can schedule appointments and review them. At that point, Virtual Assistant Cordana will analyze your voice, including grammar and dialect – with voice recognition enhancements like these aimed at making technology company Cordana more convenient and faster than using a phone keyboard.

Upcoming Office Lens Update Teams will allow you to share short videos on the gadget. After the update, which is expected to be released later this quarter, you can record videos and edit them by adding filters and annotations. The office lens also has the ability to copy handwritten text. The name of this app has also been announced – it will soon be known as Microsoft Lens.

Voice input will also be improved – searching within teams and office applications will recognize English, so you can say it instead of typing the word you are looking for. You can ask Cordana’s assistant to search for news, appointments, contacts, files or read emails if they are written in English.

The Microsoft announcement highlights upcoming features such as voting on Office and Groups platforms and Microsoft’s control over iOS, allowing iPhone users to create to-do or shopping lists on the home screen.