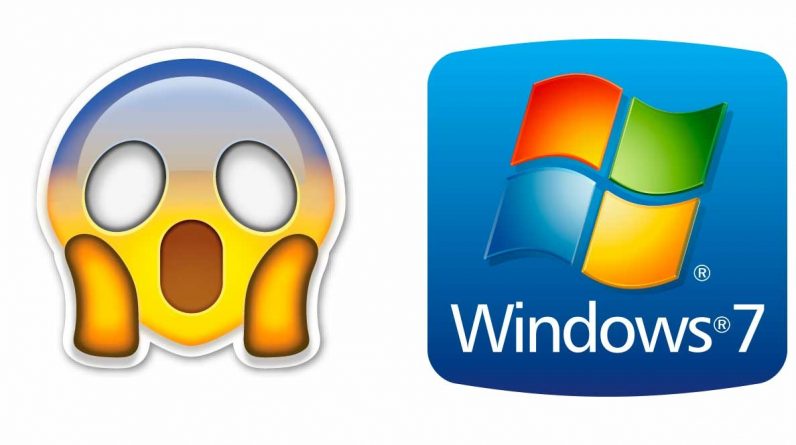 We’re very close to ending the first year without getting security patches beyond a certain point due to Windows 7 “big” issues. Microsoft was also hopeful that this would eventually move users to Windows 10, and that would give many companies enough time to make the leap. However, there can be nothing more from reality.

About 100 million computers with Windows 7

According to estimates made by some analysts, we now have About 100 million computers. This number will be half as high as it was a year ago, but it is still the most significant number of organizations exposed to vulnerable attacks, data theft and more. To get these figures, several sources have been looked at.

First, the United States Government Digital Analytics Program, Which collects the appearance of visits to websites in the United States. In December 2020, 8.5% visits They still came from Windows 7. This figure is below 18.9% of computers with this system that visited the web in December 2019.

If we had 200 million computers then we would have less than 100 million now. Other sources consulted Netmarketshare They say Windows 7 usage has gone from 31.2% to 21.7%. Finally, StatCounter Global Statistics, Showing that usage is down 10 points on 17.7% of the world’s computers.

How to upgrade from Windows 7 to Windows 10

Upgrading from Windows 7 to Windows 10 by 2021 still works with these simple steps: