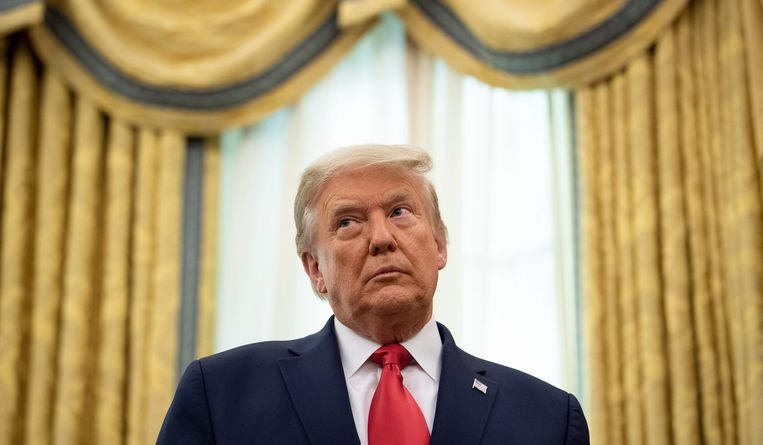 The Republican Party is further torn this weekend by a new hopeless campaign by twelve senators to allow Trump to win.

After great pressure from his party, Vice President Mike Pence announced on Saturday that he would “welcome” the Senators’ decision to object on Wednesday, January 6, if the U.S. Congress wants to approve the outcome of the presidential election. Joe Biden won those elections.

Twelve senators, led by Ted Cruz of Texas, however, want a ten-day trial to investigate allegations of election fraud. There is no evidence for this. About sixty cases previously filed in this regard have already been dismissed. The majority in Congress is the reason for accepting Trump’s appearance – including Senate Mitch McConnell’s most senior Republican.

However, the goal of the group of rebellious Republican politicians is not to perform a miracle and make Trump president – because they know it will not work. Their goal is to convince loyal Trump voters that they can help them get re-elected. The three senators participating will have to fight for their seat next year.

In addition, all twelve senators want to keep Trump happy because his support will be important if they have even bigger political aspirations in the future. For example, Ted Cruz is expected to run for president one day. Trump can offer important voting advice to his supporters.

Surprisingly, the ‘Twelve Senators Angered’ are not all hardcore trumpeters by any means; Occasionally there are even a few who oppose Trump. Their participation in this small uprising to save Trump indicates that they believe his views will continue within the party and among voters.

Democrats fear that the uprising of 12 senators and the blessing of the US vice president will have a detrimental effect on democracy. Although Biden is set to open on January 20, public confidence in fair elections is being undermined by such measures.

Some leading Democrats have called the rise of senators this weekend “an insult to democracy” and “an attempt to undermine the will of the people.” The basic fear is what will happen when the Republicans have a majority in Congress in two or four years. In theory, they could block the outcome of the next presidential election. This is one reason why such importance is the reason for the senatorial race to be held in Georgia next Tuesday.

There are also concerns from Republicans about the actions of their party members. Prominent Trump critic Senator Mitt Romney was adamant: “This unheard of ploy to reject the electorate may raise the political aspirations of some. But it severely jeopardizes our democracy. ”