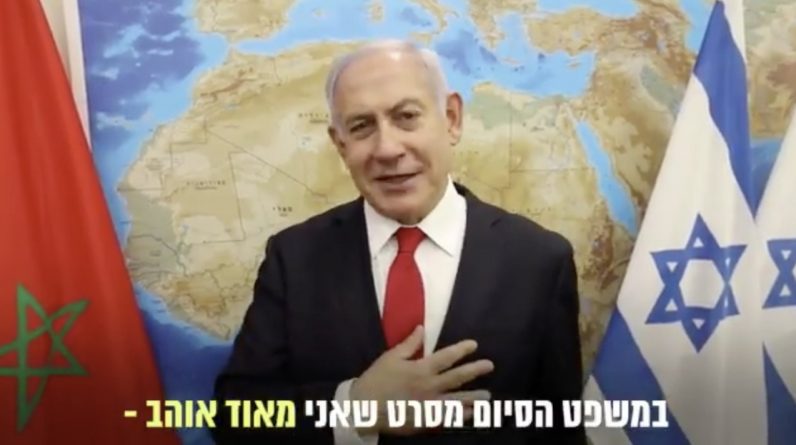 A telephone conversation between the King of Morocco and the Prime Minister of the State of Israel Benjamin Netanyahu on Friday, December 25, 2020.

“Yesterday (Friday) I had a historic conversation with the King of Morocco. We agreed that a Moroccan delegation would visit Israel next week and that we were making progress on all projects: offices, ambassadors, direct flights, etc …

At the end of this phone conversation, I let him close to His Majesty with a sentence from the movie Casablanca, “I feel like this is the beginning of a great friendship…” We both laughed. .

Yesterday I spoke with King Mohammed VI of Morocco. That’s how we ended the conversation >> pic.twitter.com/2XyaZ4VLvG

As a reminder, Casablanca was directed by Michael Curtis in 1942. Winner of the Oscar for Best Picture next year, Casablanca is considered the 3rd largest American film since 2007, behind Citizen Kane and The Godfather, the American film company.

In addition, the city of Casablanca, with its film title, is now home to the largest Jewish community in the Arab world, and is Sergei Bertoco, secretary general of the Council of Israeli Communities in Morocco. Berduco, a lawyer and politician, has been the Traveling Ambassador to the Kingdom of Morocco since March 2006.

NB: Netanyahu did not pay attention to one important detail on his old world map, behind him in the video, Morocco is separated by dotted lines from the Sahara Kingdom. Google Earth has changed since December 10, following Washington’s recognition of Morocco’s sovereignty over the southern provinces.