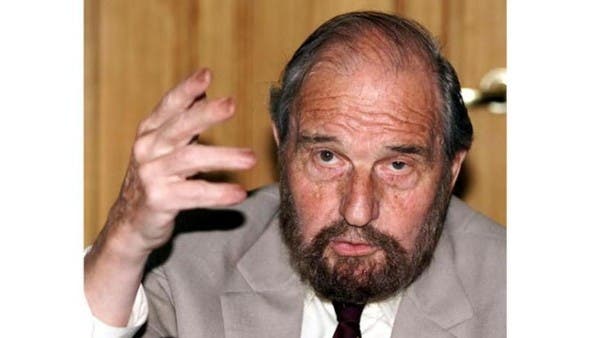 Russian news agencies reported on Saturday that George Blake, the 98-year-old British double agent who spied for Soviet intelligence in the 1950s. The side of the last British spies who worked secretly in support of the Soviet Union was a disgrace to British intelligence at the height of the Cold War.

Sergei Ivanov, a spokesman for the Russian Foreign Intelligence Service, told the DOS news agency that “the famous intelligence agent … George Blake left us. He loved our country sincerely and praised the achievements of our people during World War II.”

The Kremlin issued a message of condolence in which President Vladimir Putin said Blake was an expert with special courage and courage and that his contribution to equality and peace in the world was invaluable. He added, “The memory of this famous character will be alive in our hearts.”

According to Reuters, Blake was born in 1922 in Rotterdam, the Netherlands, to a Dutch mother and an Egyptian Jewish father, who became a British citizen. He fled the Netherlands during World War II and joined Britain as an ambassador for the Dutch resistance in January 1943. Blake joined the British Navy at the time and began working with British intelligence MI6 in 1944. In the 1950s Blake decided to extend his services to the Soviets. After witnessing the U.S. bombing of civilians in Korea, according to “Agencies France-Press”.

Britain says the former spy revealed the identities of hundreds of Western agents in Eastern Europe in the 1950s, some of whom died as a result of Blake’s betrayal, according to Reuters. Blake revealed to the Russians that there was a secret tunnel in East Berlin, which was used to spy on the Soviets.

See also  The Trump family had formed ... a party just before the episodes

Blake was revealed to be a Soviet spy in 1961 and was sentenced to 42 years in prison in London. But he escaped on a rope ladder in 1966 with the help of other prisoners and two peace activists, and was smuggled out of Britain in a pickup truck, secretly crossing Western Europe across the Iron Curtain to East Berlin. From the German Democratic Republic (East Germany), Blake moved and eventually settled east in the Soviet Union.

Moscow considers him a hero and named him a colonel in Russian intelligence. Despite the collapse of the Soviet Union, to which Blake dedicated his life, the spy never regretted his actions. Blake was the last generation of British spies recruited by the Soviet Union during the Cold War.