Home World Brexit: Four questions about the UK’s departure from the Erasmus project 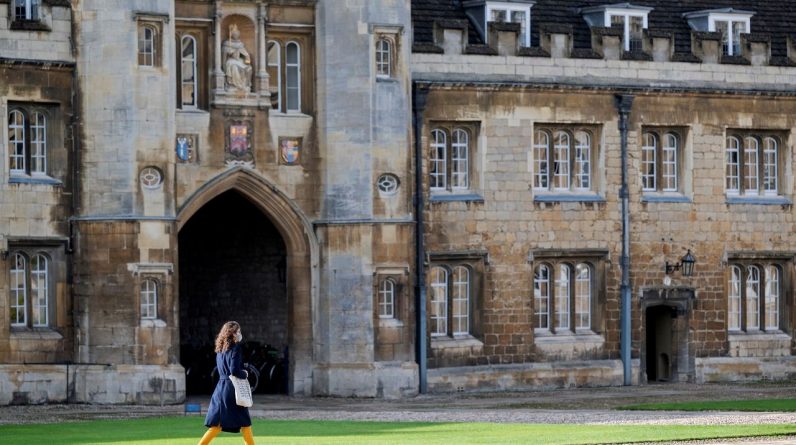 Months of negotiations and undermining the aspirations of thousands of students. On Thursday, negotiators from the United Kingdom and the European Commission finally reached an agreement on the country’s exit from the EU, which is expected to be finalized later this year.

The agreement, which touches on a number of strategic points (such as economic, security or environmental), ends the country’s contribution to the Erasmus program, which has allowed student exchanges between member states of the European Union (as well as other non-European neighbors) since 1987.

What does this decision mean?

Prime Minister Boris Johnson on Thursday confirmed the exit from the UK Erasmus program, which has benefited about 55,000 UK students and young workers. In 2019 (against 108,000 French people). So British students can no longer receive EU scholarships to study on the continent, and European students can no longer access British institutions thanks to EU funding. Only students from Northern Irish institutions who benefit from an agreement with Ireland, a member of the European Union, will be exempt from these restrictions. The BBC reports.

However, there will be no abrupt end to Erasmus transactions in early 2021. In principle, those already planned and / or verified before 2020 will not be canceled, even if they occur after the expiration date. “This means that staff and students will be able to complete their tenure and receive funding until the end of the 2021-2022 academic year,” said UK, an organization representing UK universities.

Who made this decision, and why?

EU chief negotiator Michael Barnier explained on Thursday evening that this was a “decision by the British government”. To Boris Johnson – who earlier this year assured that the Erasmus project was not threatened – the stock was financially above all else. He says the UK is “losing a lot of money” on the program because more Europeans are coming to study in the UK.

What is Erasmus going to change?

The Prime Minister announced the establishment of a “UK-specific” project entitled “Alan Turing” in honor of the famous British mathematician. According to him, the program, which does not specify its functionality, will allow British students access to European universities, but also to “the best universities in the world”.

For now, there is no doubt that the United Kingdom provides financial assistance to foreign students, especially Europeans who come to study in the United Kingdom. Last June, it was announced that European students, like other foreign students in the UK, would have to pay more than 10,000 10,000 a year in tuition fees, starting in 2021. It remains to be seen whether these measures will apply to Wales and Scotland at the end of Erasmus across the country.

What was the reaction to this announcement?

Many voices were raised against this decision, with Michael Barnier expressing his “regret” by announcing his departure from the United Kingdom program. Adam Tickle, vice-chancellor of the University of Sussex in the UK, expressed his “sadness over the loss of a project” whose original foundations were “Sussex”. “Over the years, the Erasmus project has changed the lives of thousands of young people,” he told the BBC.

While the British universities welcome the Prime Minister’s next plan for the mobility of university students, the University UK organization says it is disappointing. “We urge the British Government to clarify as soon as possible the points of this national alternative to the Erasmus + project, which we wish to be ambitious and fully funded,” In a press release.

See also  Police not turned to thugs side in Sedinze!

In a report released in 2019, The British House of Lords was already concerned about the consequences of the end of the Erasmus project in the country. According to lawmakers, a national exchange plan does not match the opportunities offered by the European program. They also stressed that Erasmus’ decision “will affect people from backward backgrounds proportionately.”