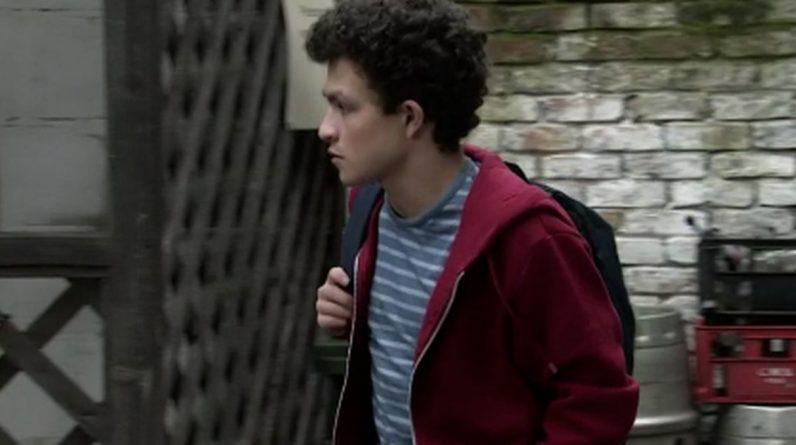 Crowd Street viewers seem to have learned what Simon Barlow has been hiding in recent episodes.

Fans named the character as the person they believed to be Adam Barlow’s attacker.

He was hit in the head and died, and he is hospitalized in a life-threatening coma.

Simon has been active ever since, with Carla Connor – his stepmother and his father Peter Barlow’s partner, and it is clear he is angry at his cousin for running away.

Peter has been charged and said Wednesday he was not the one who attacked his son – but he believed Adam’s wife, Sarah, was to blame.

The truth became clear when Peter was accused of writing graffiti on the doorstep of his work office.

Simon was behaving so badly and almost guilty that he was not sure what Sarah had told Peter.

Peter was stubborn, but the fans noticed how awkward Simon was.

Later in the double episode, Simon dismissed evidence showing what he really was until the night of the attack.

Thinking no one was watching, he took a tin of red paint from his bag before covering the pot.

Shona caught him – he promised to keep his secret.

Of course this does not rule out that he was attacked, but he is now less likely to be found guilty.

Another said: “OMG Graffiti Simon but what about the real attack?”

Coronation Street airs on ITV on Mondays, Wednesdays and Fridays at 7:30 pm and 8:30 pm.