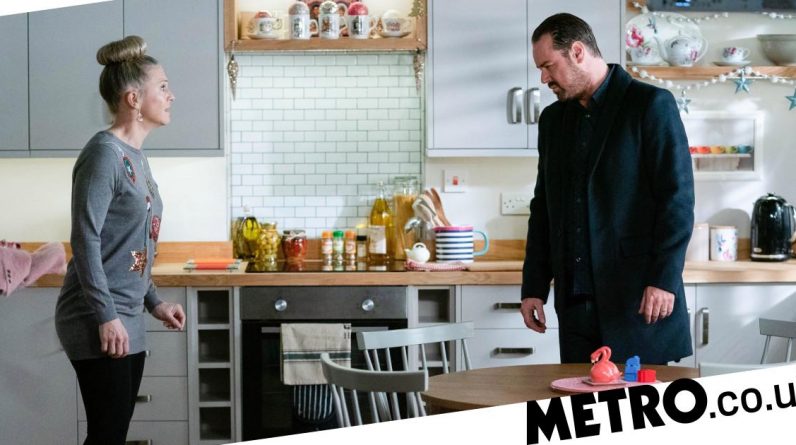 Mick Carter (Danny Dyer) is having a hard time coming to terms with the fact that he was abused in care at EastEnders, but will Linda (Kelly Bright) know the truth at Christmas?

When it was revealed that Frankie Lewis (Rose Eiling-Ellis) was his daughter, Mick realized he had been abused by Katie (Simon Lahbip).

Katie denies the abuse, but getting her back into his life has left him confused and unable to open up about what is happening to his wife Linda.

However, is it possible to set the truth during these festive seasons?

Linda tries desperately to explain to Mick how he feels, but he does not respond.

Desiring to go to him, she reaches for the bottle and makes fun of him – the desire for him to fight for her.

Will Mick finally reveal what he’s up to?

Tina Mick presents a gift – this is Katie at their old photo and maintenance home.

Will he reveal everything?

Next week, Katie tries to blame Linda for everything that happened.

As New Year’s Eve approaches, Mick is consumed with emotion about his past, and he struggles to cope with the enormous nature of the situation. As he fights the demons of his past, he begins to crumble.

Mick confronts and confronts his deepest fears, while Linda seals her destiny – and learns some shocking facts along the way.

One thing to watch: Friday, January 1 on BBC One.

If you find a soap or TV story, please contact us by emailing us [email protected] for video or pictures – we’d love to hear from you.

Join the community by leaving a comment below and refreshing soaps on all things on our homepage.

Exclusive content, spoilers and interviews are included before they appear on the site. Find out more