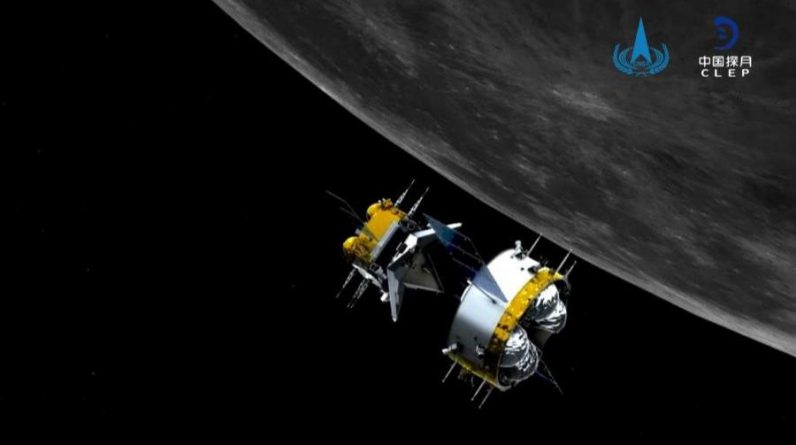 Beijing, Dec. 6 – The orbit and return spacecraft of China’s Chang-5 probe were successfully separated from the spacecraft’s occupants at 12:35 pm on Sunday (Beijing time), according to the Chinese National Space Administration (CNSA).

The Orbiter-Return combination orbits the Moon, waiting for the right time to return to Earth with lunar specimens.

Earlier on Sunday, the study climber was successfully fused and docked with the Orbiter-Returner combination in lunar orbit.

This is the first time a Chinese spacecraft has met and docked in lunar orbit.

Samples collected on the moon have been transferred from the climber to the returnee, the CNSA said.

Chang-5 is one of the most complex and challenging missions in China’s space history. This is the world’s first moon-model mission in over 40 years.

The Song-5 probe, which includes an orbiter, a lander, a climber and a returner, was launched on November 24, and its lander-ascending combination touched north of Mons Rumker on the Oceanus proseller, also known as the December 1 storm near the Moon.

The withdrawal of the trial is expected to land in the Sichuan banner in the Mongolian Autonomous Region of northern China in mid-December.