Home Sports Energy gels and lost GPS data as The Simpsons parody cyclists; ‘I grew up as a dad at this point’: 19.99 Servo Balance Bike; Men’s World Tour First Female DS; The anti-LDN group blames crime and guns + and road closures on the live blog 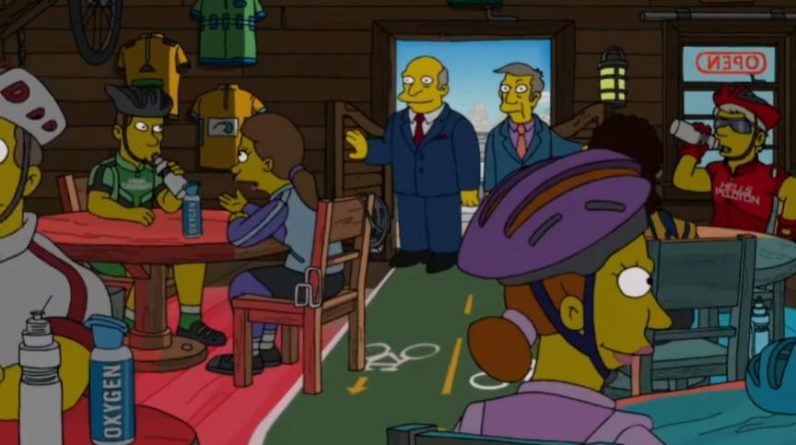 Speaks AD.nl, A former World Tour sprinter and five-time world champion on the Theo Bose track, suggested that none of the passing zones would help improve ride safety at cluster speeds. Bose believes that by creating a sprinters zone next to the obstacles in the final 300 meters, you can stop dangerous overtaking maneuvers and reduce the level of accidents. The first ride to the sprint zone will not be allowed to leave it, so travelers can avoid crossing the road during the sprint.

“There’s still no wild west at the cluster pace, officials just explain it a little loosely, but there are some rules that everyone understands and everyone can enforce,” Bose said.

“It simply came to our notice then [no passing zone] Prevents riding all over the road – sprinters, but lead-outs. If Peloton’s head is 300 meters away in the sprinters section, you stay there. Exiting pushes you. If you overtake the riders from behind, you will be allowed to leave the box, otherwise you will not be able to get into it.

“You can no longer swim in small holes like the Sagan on the tour. But you will not get into the situation of hitting the front riding door – with all the consequences that will occur.

Bose believes new rules are needed following a year of suffering from sprint incidents, most notably the horrific crash on a Polish tour involving Fabio Jakobsen and Dylan Cronwegan. Sam Bennett and Peter Sagan were both eliminated from the sprint for dangerous acts on the Vulta and Tour, respectively.